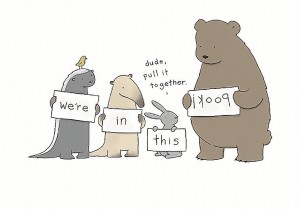 Popular cartoonist Liz Climo, one of the animators for long-running hit TV show The Simpsons who is also well known for her adorable animal cartoons, is one of the most recent users to find their work censored unnecessarily by Tumblr for containing adult content. The problem is that her posts didn’t fall afoul of the social media’s adult content ban, not by a longshot.

Back in December 2018, Tumblr instituted a new content policy effectively banning pornography from the social media site. This content change was with the stated intent of eradicating child pornography and other illegal content from their platform, which is an understandable goal. However, Tumblr users were very worried before the ban even took place that despite what CEO Jeff D’Onofrio said about the ban not affecting news and art related posts, that the arbitrary algorithm being used to censor posts would wildly change the experience of Tumblr, and so far they have been proved right.

From before the ban officially began on December 17, the algorithm started flagging content that could potentially cause problems, including (but not limited to) a post about the history of Milli Vanilli, a photograph of a Victorian woman, gifs from The Great Brittish Bakeoff, and Tumblr’s own announcement of its adult content ban. Gizmodo put it perfectly when writing about the dubious start to the recent Tumblr censorship,

It’s not just whether algorithms should or should not be censoring content, it’s also whether they even can censor content. As the Gizmodo article points out, London’s Metropolitan Police think that AI software is just a few years away from being able to differentiate between child pornography and sand dunes. And Tumblr has never been at the front of the pack when it comes to technology, so expect that they’ll still be flagging dunes and adorable cartoon kangaroos for years after the London Police work it out.

As for Liz Climo and her NSFW posts, she was luckily able to take to her Twitter account to share the flagged posts. Which some Twitter user pointed out, the Tumblr ban now made seem somehow dirtier than they ever would have appeared before. Climo is far from the only artist suffering from these erratic and irrational bans, and the best advice is to follow suit and have artists post their flagged art elsewhere. Eventually, some other social media company will learn from this litany of mistakes and build someplace new for artists to share their art.

For a breakdown of the Tumblr saga, including memes, protests, the app disappearing from the Apple Store and much more, check out the full history on PiunikaWeb. 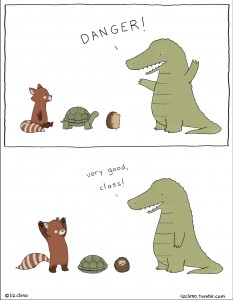 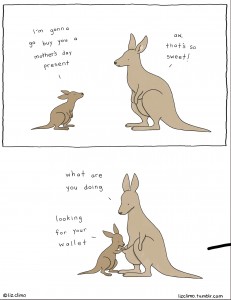