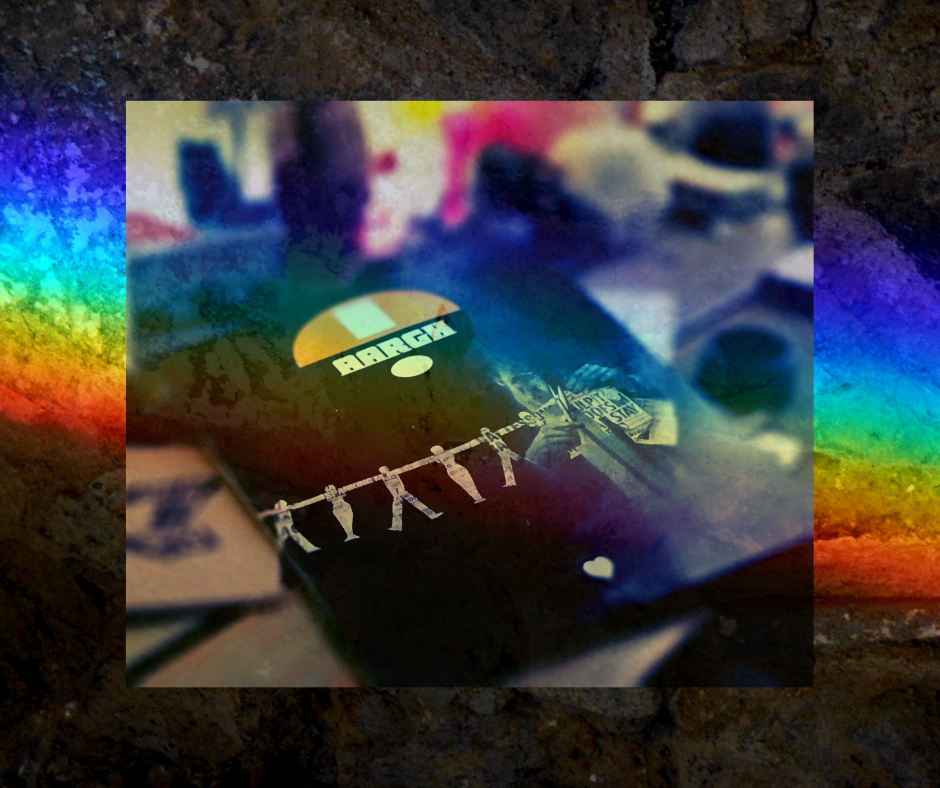 It started, as too many things do, with a children’s book that some people found offensive and ended with a piece of legislation called Clause 28 that made it illegal to “promote the teaching in any maintained school of the acceptability of homosexuality as a pretend family relationship.” Amidst the protests to this proposed legislation, there was a significant contribution to the field of comics in the anthology AARGH!, Artists Against Rampant Government Homophobia, which dared to protest Clause 28 and shared the message of inclusion for the LGBTQ+ community in comics and beyond. Learn about the history of an early comics benefit anthology that changed comics and fought to change the world.

The children’s book that sparked outrage was Jenny Lives With Eric and Martin a Danish picture book translated into English that discussed homosexuality. The uproar began in 1986 when it was reported that the book was part of a school’s collection in London. The book itself wasn’t even available to children but rather was purchased for the teachers and was available to be shown to older students in “exceptional circumstances” (which seems a euphemism for a student aware of an LGBTQ+ parent or loved one).

The availability of the book at all was seen as problematic by conservatives in the U.K. government. It was this moral panic, in combination with public funding of LGBT groups, and the constant escalation of the AIDS epidemic, that inspired Margaret Thatcher to go on television in 1987, and say the following in a public address:

Clause 28 was designed to not just to prohibit teachers from informing students about homosexuals throughout history but to erase the concept of homosexuality from the classroom and society at large. In response to the proposal of such an amendment, Alan Moore, his then-wife Phyllis, and their partner, Deborah Delano, joined together and created Mad Love, a publishing company that, together with some of the top comics creators, put together AARGH! and arranged for the proceeds to go to the Organization of Lesbian and Gay Action. All told, they raised £17,000.

Patricia Mastricolo is the Editorial Coordinator for Comic Book Legal Defense Fund. When she isn’t writing about the intersection of free expression and sequential art, she can be found listening to Bowie and writing (mostly) false prophecies of the apocalypse somewhere in New York.