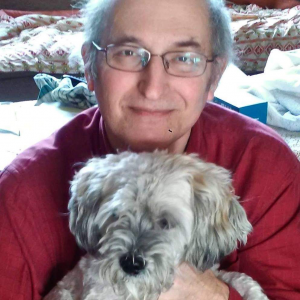 Last week, the cartoon and legal worlds lost a brilliant mind and tireless activist when Mitchell Berger, a founding board member of Comic Book Legal Defense Fund, passed away. Berger had been fighting a rare form of cancer, neuroendocrine tumors, sometimes known as carcinoid tumors and often shortened to NETs, for twenty years. Back in October Berger announced that he would cease seeking active treatment and enter hospice to focus on spending his final days with his friends and family.

Berger, a lawyer by trade, was a an avid, lifelong, fan of cartoons and comics. He attended the School of Visual Arts in New York City during the heyday of professors like Will Eisner and Harvey Kurtzman. It was there he met classmate Batton Lash, and when the two reconnected at San Diego Comic Con in 1989, Berger became the legal advisor to Lash’s popular national comic strip Supernatural Law, aka Wolff and Byrd, Counselors of the Macabre.

Berger was an avid political cartoon fan and an influential voice in that community. He edited the political cartoon publication Bull’s Eye and later he developed and edited NPR’s popular Double Take, a regular column which put two cartoons from opposing viewpoints next to each other, finding depth and interest in the juxtaposition.

As a lawyer, artist, and fan of cartoons and comics, it is unsurprising that Berger was a founding board member of Comic Book Legal Defense Fund. At a time where some sought to curtail the medium through legal intimidation of creators, retailers, publishers, and readers, a few saw the importance of creating a fund to protect the comics community. But CBLDF wasn’t Berger’s only work that intersected two of his passions, in 1990 he successfully transferred the rights of influential female creator Dori Seda’s work from her mother, who would have suppressed it on moral grounds, to friend and underground Comix publisher Don Donahue. According to Mike Rhode’s ComicsDC blog about Berger, he also helped Mary Fleener regain rights to one of her stories from DC Comics.

After a very transparent battle with NETs that he documented on Facebook, the outpouring of love and memories from the comics community cements how special Berger was to so many. He will be missed by all who knew him. We offer heartfelt condolences to those who he was close with, as well as thanks to Mitchell Berger for many wonderful years of service to the comics community and CBLDF.