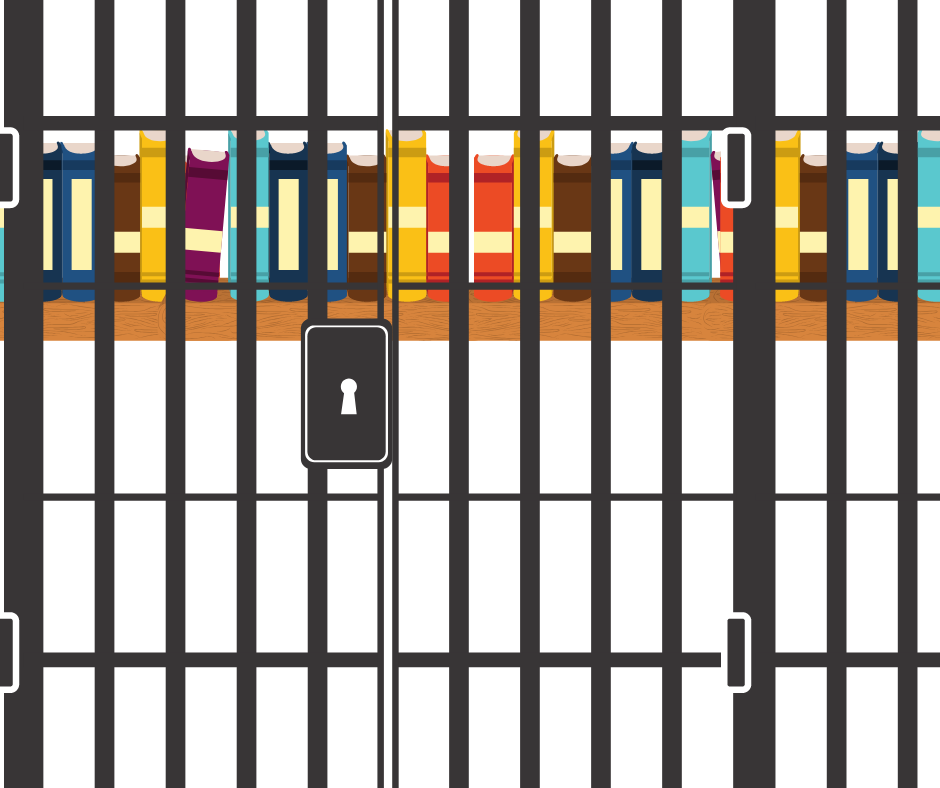 A recent article on NPR by Lee Gaines, Who Should Decide What Books Are Allowed In Prison?, drew attention to an ongoing problem with book censorship in correctional facilities. The article gave voice to a diverse range of people familiar with this censorship, including the director of policy and legislative affairs for the Pennsylvania Department of Corrections, Diana Woodside. In a rare opportunity to hear from someone working within the correctional system, Woodside spoke about the problems and inconsistencies with book censorship plaguing the system – including the problem that manga poses when it comes to standard review processes. More broadly Woodside said, “There’s a fine line between, you know, imposing our own personal judgment on the quality of the content of that book and making really sound, rational decisions to keep our facilities safe.”

The article goes on to address one of the major grey areas of book censorship being nudity. Having spoken already about the types of articles and books Woodside believes these policies are in place to remove (the example she used referred to an article on how-to strangle someone), there is a grey area with nudity and sexuality in books but especially comics. Woodside told Gaines that graphic novels pose the most difficulty for prison officials in Pennsylvania, especially the subsection from Japan.

“It’s called manga. [It] really has really vivid graphic pictures that include sex acts and nudity,” she says. Officials tend to deny a publication that has nudity if it’s intended for “sexual gratification,” Woodside says. But when it comes to manga, that’s not always an easy call.
“Is it better to allow it in, or to not allow it? Does it really impact the atmosphere of the institution? I don’t know the answer to that,” Woodside says.
“There’s a lot of inconsistencies. I would love to see a standard for nudity.”

For years, CBLDF has been writing about the censorship in prisons, specifically drawing attention o the high percentage of comics and manga that face bans, so to hear an official within a large Department of Corrections acknowledge these difficulties, feels like a large step forward. Even Woodside’s explanation of manga as having really “vivid graphic pictures that include sex acts and nudity” is a leap forward from many who generalize manga as being exclusively sexual. It is those vivid images that often create knee-jerk reactions in those unfamiliar with the style, leading to challenges and bans in prisons, schools, and libraries.

There have been entire court cases devoted to what is obscene, including a Supreme Court Justice, Potter Stewart, famously admitting that although he could not define obscenity, “I know it when I see it.” So, the inconsistencies Woodside sees aren’t unique to the book review process in prisons, but possibly because they approach these matters from a position of absolute authority, the results are more glaring. Still, the fact that people within the system are starting to ask themselves these difficult questions is hopefully a sign of changes on the horizon, even if the fight for free expression is far from over.

One of the best ways to help incarcerated individuals get access to comics and manga is to donate your gently used paperbacks to a local program that sends prisoners books. Daniel Schaffer, one of the organizers for Books Through Bars in NYC, was kind enough to spend some time discussing the impact donating comics can have to organizations like his. Books Through Bars is a 100% volunteer-based organization that fields book requests from inmates all over the country and mails donated books to prisoners free of charge.

Schaffer spoke about the power of comics for all reading levels and age ranges, “For some people comic books are an entrance to reading, but others are literate and extremely well-read and they like the escapism.” He mentioned that after sending 20 comics to someone inside, he received a thank you note back that said that the prisoner kept rereading them because the pictures were so beautiful. Schaffer also said that when they do get an opportunity to send a package full of comics to a facility, all of a sudden they will start receiving requests from other inmates at the facility for more, and it is clear that the people receiving these graphic novels are passing them around and passing around the information for the nonprofit that supplied them too.