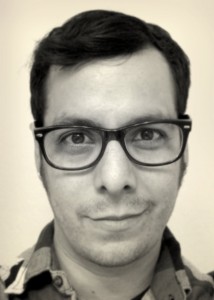 One way to describe Jason Gonzalez, a.k.a J.Gonzo, is sharp. From the bold lines and colors of his designs and tattoos to the quick-witted ease with which he converses, Gonzalez is also an enthusiastic fan and creator of comic books, including his self-published opus to luchadores, La Mano Del Destino. His stories and artwork are steeped in tradition, from his Chicano background, to his embrace of the mythological hero’s quest, and finally to his love for the vintage imagery that once populated advertising.

Gonzalez is also a dedicated supporter of CBLDF, as you’ll see in this episode of The Good Fighters.

CBLDF: You wear a lot of different hats — graphic designer, tattoo artist, comic book creator. Which one is your favorite?

Jason Gonzalez: I think I like being a comic book creator the most of all the things that I do, mostly because the purest form of what I want done gets done. I’m only limited by my ability to execute and not by other people’s opinions. It’s not that I’m not up to other input on my comic, but if you work in graphic design especially, there are a lot of people who think they are smarter then everybody, people who think we’ve got to make sure that the dumb people understand things. I don’t have to deal with any of that, I don’t have to explain my thought process, and I don’t have to argue for what I think is right. I love the unbridled creativity that goes into my comics. If I want to kill off my main character in a couple of issues, I don’t have to worry about the impact. I can do what I want.

So much of my day [as a graphic designer] gets spent taking what I know to be true and what I know works and what looks and sounds good and forcing that into someone else’s idea of what they think people want to hear. Instead, I get to put a true vision out — I get to say what I want and how I want it when I’m a comic book artist.

CBLDF: A newer hat you’re wearing is CBLDF supporter. How did you find out about CBLDF?

JG: I worked with [CBLDF President] Larry Marder Todd McFarlane Productions. Larry’s an old ad guy in the way I am. We both started in advertising when it was still a very physical process. Larry is a very old-school, high-concept advertising guy. He and I saw eye to eye on a lot of issues, so we were kind of instant friends upon meeting. When he left McFarlane, we definitely stayed in touch. He’s always been a kind of comics mentor to me. I was very green to the comics industry when I started at McFarlane, and he took me under his wing and showed me what the industry part of it was.

When Larry left McFarlane, he started doing more work for the Fund. On occasion, he’d need something done grahics-designwise, something done quickly but done well, and he knew that I could do it. So, he’d just call and say, “Hey, could you do this for me real quick?” Larry is a really good friend of mine, and I’d do almost anything for the guy. If he asks, I’m gonna do it. We started doing more and more, and then as he took over more responsibilities at the Fund, he needed more and more, so I’ve been there for him.

I like what the Fund does, I like having some sort of ethical expression to what I do. I’m not going to change the world drawing a couple of luchador comics, I realize that, but I like that I’m doing some good in the world and not just following my creative whim. I can take some of that and funnel it into some people who are doing a lot of good in the world. 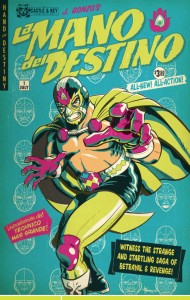 CBLDF: One of the things you did with the Fund was a gorgeous luchador-inspired print and two scents with Black Phoenix Alchemy Lab, La Mano del Destino and El Nuevo Puritano. Tell us about La Mano del Destino, the comic that inspired these items.

JG: The comic is the tale of a once-champion luchador who makes a Faustian bargain. He’s a well-established, well-loved champion when he’s given the opportunity to take a bribe to take a fall. He considers himself a little more high-minded than that, he’s more honorable, so he refuses the money. Because he refuses the money and doesn’t want to play the game, he gets unmasked, which is the ultimate shame for a luchador. When you lose your mask, you lose everything. He loses everything that he held dear in life, so he agrees to be someone else to get his title back. He realizes pretty quickly that the agreement he made has some strings attached. Now he has to do what he can to both get his title back and to free himself from those strings. 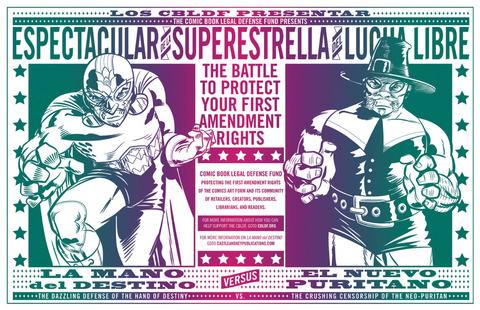 CBLDF: How did the project with BPAL come about? 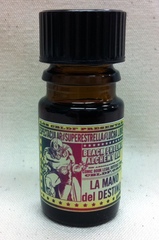 JG: The fragrance came about because of the print, and the print came about because I had talked to the Fund about being at San Diego. I had done a bunch of the Liberty Trading Cards — because Larry asked me to. [CBLDF Executive Director Charles Brownstein] contacted me and asked me to sign during Comic-Con, and I thought that would be cool because I’d never signed at San Diego Comic-Con before. I wanted to have something other than the comic to sign, so I suggested that we do a print for the show. As soon as I said the word print, I had the idea that we could do a “versus” thing — I love those old fight posters. With the whole idea that CBLDF fights for First Amendment rights, my guy could become this stand in for the Fund, and we could give him some villain. 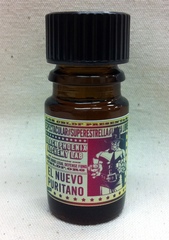 Neo-puritan is a phrase I use to describe this belief that anything that you enjoy is bad for you and that we should be against any kind of fun or pleasure. It seems like that when there’s a large group of people enjoying something, there’s a small group of people saying that you shouldn’t do that. A lot of that bleeds over into people who don’t want you to say what you want in whatever art form that you want. So they start censoring. That “We’re doing this for your own good” mentality has always really bothered me. It’s one of the reasons I love doing work for the Fund because they do work against the mentality that leads to the infringement of First Amendment rights. So I created El Nuevo Puritano as CBLDF’s opponent in the poster.

I sent the poster to Charles and Larry. Charles dug it and forwarded it the folks at BPAL, and they instantly decided they wanted to do scents based on it. They contacted Charles, who contacted me, and I said “Hell, yeah!” because at no other point in my life am I going to be able to have a custom scent made for me. I said yes instantly.

BPAL sent me samples a few days before San Diego, and they were just fantastic. I looked at the print and I looked at what they created for me, and I was completely floored by it. I was really impressed with the results. They’re great people over there, and they do great work.

CBLDF: You contributed a page to CBLDF Liberty Annual 2011. Tell us about it.

JG: We were at San Diego, where I met [CBLDF Office Coordinator] Dave Grilli. He said he was writing a one-page story about the Canada Customs Case for the Annual and asked me if I was down for being the artist. My style doesn’t suit everything, so we spitballed ideas in the booth. He and I were very on the same page, so we did it. He sent me a script that was 98% there. My idea was to include some Mounties, because you can’t have Canada without Mounties. I wanted to convey that this was one overzealous person with authority. The Mounties were a stand-in proxy for Canadians in general, and they were not OK with how things were going down. I wanted it to be an indictment not on Canada but on people who abuse their power. It was cool working with [Annual editor] Bob Schreck and a fun little process.

CBLDF: Has any of your work ever been censored?

JG: I definitely have clients who are afraid to do stuff, but I can’t think of anything really specific recently. I used to work on my high-school newspaper and I definitely had a couple of those cartoons get killed. One was on homosexuals being able to adopt, but [the faculty advisers] did not want parents to see that teenagers were talking about an issue like homosexuality. The student newspaper just killed that, it was too hot-button.

I’ve never had my comic work censored, but I really strive to make my comic every-age. I do enjoy other comics that I definitely wouldn’t let my son read, but as a parent, I can make that decision. Later on in life, he’s free to read it. I don’t think the comic shouldn’t exist just because my kid can’t read it.

CBLDF thanks Gonzalez for all of his support. You can help support CBLDF’s mission by becoming a member or purchasing Gonzalez’s print in the CBLDF store here. The BPAL fragrances are available here, here, and here.