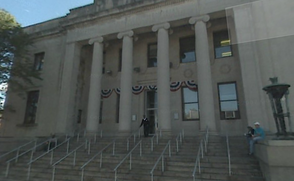 Just a month ago, CBLDF joined the National Coalition Against Censorship in signing a letter opposing the banning of certain types of video games in the Paterson Free Public Library in Paterson New Jersey. Instead of banning only first-person shooters, the library has installed stronger computer filters for library patrons under age 12. NCAC reports that the filters block access to “…all computer games as well as other content, including internet radio, web-based email, online auctions, and self-defense pages.”

Kids’ Right to Read Project coordinator Acacia O’Connor spoke with Joe Malinconico with the PatersonPress.com about the library’s decision:

“The library is going beyond what the law requires in their role as custodians of information,’’ said Acacia O’Connor, the coalition’s coordinator for its Kids Right to Read project. “Ramping up what gets filtered and for whom ignores differences in maturity levels and what certain parents might allow their child to do or see.’’

“In the end [it] means that kids are deprived access to perfectly legal, useful, educational information and entertainment on the web,’’ she added. “It appears to be an unfortunately far-reaching but clever screen to disguise their earlier attempts to single out and ban video games.”

NCAC’s letter took library officials to task for subscribing to the same unsupported views that led to video game bans in Massachusetts, a presidential recommendation and proposed bill mandating research on video games and violence, and the fallacious claim by one senator that video games are a “bigger problem” than guns. The letter further points out that the library is not allowed to selectively ban access to printed materials that are protected by the Constitution, so they cannot do so with video games. Further, library officials are not allowed to remove protected materials simply because they do not like them.

NCAC is following the story closely, and we’ll post updates as we get them. You can read the entirety of the letter sent to the Paterson Free Public Library here.

Please help support CBLDF’s important First Amendment work a by making a donation or becoming a member of the CBLDF!