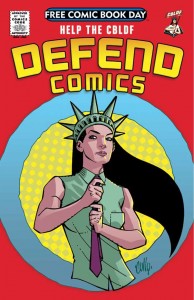 CBLDF is hot off Free Comic Book Day with a slew of great reviews for our FCBD releases, Help the CBLDF Defend Comics and Raising a Reader: How Comics & Graphic Novels Can Help Your Kids Love to Read! To celebrate, every order or membership for the next month will get a copy of Defend Comics!

Even before FCBD, CBLDF’s releases ended up on top picks lists from Wired, The Detroit News, 13th Dimension, and The Mary Sue. Stacey Rader at The Fanboy Factor praised Defend Comics as something that “would be a lot of comic for 5 bucks.” The Beat included both Defend Comics and Raising a Reader on their read it list. Rich Johnston at Bleeding Cool says Raising a Reader “could be popping up a number of times in my household over the next few years” and lauds Defend Comics for “A mixture of stories old and new, illuminating the battle for free speech and comics can get rather exhilarating.”

We’ve just added a slew of new titles to the Rewards Zone, so let’s take a look at a few of the titles you can pick up. All orders for the next month will come with a copy of Defend Comics! 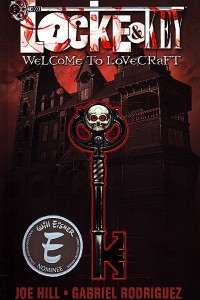 New York Times bestseller and Eisner-nominated Locke & Key tells of Keyhouse, an unlikely New England mansion, with fantastic doors that transform all who dare to walk through them, and home to a hate-filled and relentless creature that will not rest until it forces open the most terrible door of them all! Signed by series artist Gabriel Rodriguez! 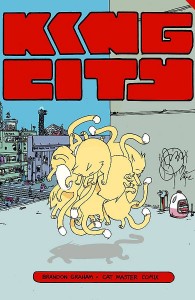 AT LAST! The long-awaited collection of the complete King City series is here, full of comic book games, puzzles, and wordplay! Joe is a catmaster, trained to use his cat as any tool or weapon. His best friend Pete falls in love with an alien he’s forced to sell into slavery, while his ex Anna watches her Xombie War veteran boyfriend turn into the drug he’s addicted to. King City, an underbelly of a town Run by spy gangs and dark dark magic with mystery down every alleyway. A modern classic, collected for a limited time. This edition is signed AND sketched by CBLDF supporter Brandon Graham! Collects King City #1-12. 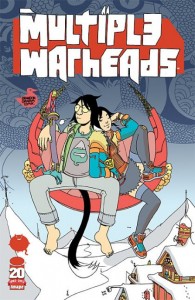 The Complete Multiple Warheads, signed and sketched by Brandon Graham

Before he broke new ground and shot to the forefront of the comics industry with King City and Prophet, Brandon Graham created Multiple Warheads, a slice-of-life take on an alternate version of Russia rooted in science-fiction and fantasy. The original one-shot comic starred Sexica, an organ smuggler, and her werewolf boyfriend Nikoli, who worked as a mechanic. The Complete Multiple Warheads includes the original adult short story, the 2007 one-shot, all-new material from Multiple Warheads: Downfall, and Multiple Warheads #1-4. This edition is signed AND sketched by CBLDF supporter Brandon Graham! 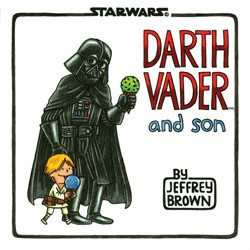 What if Darth Vader took an active role in raising his son? What if “Luke, I am your father” was just a stern admonishment from an annoyed dad? In this hilarious and sweet comic rei-magining, Darth Vader is a dad like any other — except with all the baggage of being the Dark Lord of the Sith. Celebrated artist Jeffrey Brown’s delightful illustrations give classic Star Wars® moments a fresh twist, presenting the trials and joys of parenting through the lens of a galaxy far, far away. Life lessons include lightsaber batting practice, using the Force to raid the cookie jar, Take Your Child to Work Day on the Death Star, and the special bond shared between any father and son. Jeffrey Brown is a tremendous supporter of the CBLDF, and has signed these hardcover bestsellres to help raise funds for our important legal work. 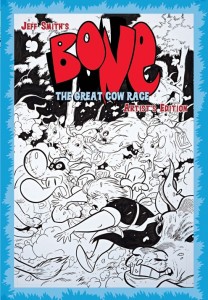 Jeff Smith’s Bone was launched through Cartoon Books in 1991. Winning 10 Eisner Awards and nominated for another 11, Bone is one of the most successful and critically acclaimed independent comic book series’ of all time. Now, IDW Publishing presents The Great Cow Race, one of Smith’s most well regarded tales, in the award-winning Artist’s Edition format. The Artist’s Edition reprints the complete story from scans of the original art. Each page was scanned in color to mimic as closely as possible the experience of viewing the actual original art — corrections, blue pencils, paste-overs, all the little nuances that make original art unique. Each page is printed the same size as drawn, and the paper selected is as close as possible to the original art board. These beautiful editions are signed and sketched by CBLDF Board Member Jeff Smith.

Remember: Every order or membership for the next month will get a free copy of Defend Comics!