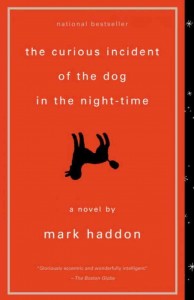 It’s not often that one word garners a book challenge, but in Wilson County, Tennessee, it appears all you need is the F-bomb to get a book banned. Earlier this week, the Wilson County School Board voted 3-1 to removed Mark Haddon’s The Curious Incident of the Dog in the Night-Time from the school system’s approved reading list for that very reason.

Andy Humbles with The Tennessean broke the story, describing the motivation behind the ban:

“The F-bomb is pretty common in that book, and that’s what I have a problem with,” said board member Wayne McNeese, who received complaints about the book from some of his constituents. “I’m not dumb enough to think students don’t hear that language, but it doesn’t mean we should promote it.”

The ban hasn’t gained much coverage outside of Tennessee media, but if outcry over the ban grows, we can only hope that the school board overturns its wrong-headed (and unconstitutional) decision. We’ll keep you posted as the story develops.