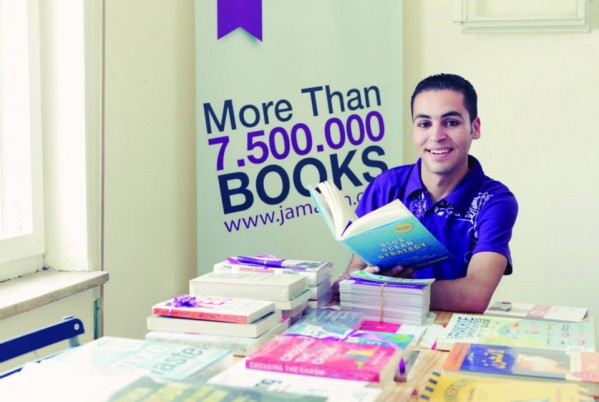 Hoping to overwhelm censors, the founder of Middle Eastern online bookstore Jamalon announced last week that the site will launch a section devoted to books that have been banned in any of the 22 countries it serves. This is not only a gesture in support of intellectual freedom, says Ala Alsallal; it’s also good business.

In a story first reported at Quartz, Alsallal said he had the idea to capitalize on the increased demand that always follows a book ban after seeing a permanent banned books display at the Strand Bookstore in New York. Jamalon offers 10 million titles including an impressive selection of graphic novels and comics, and Alsallal says the site refuses all government requests to remove or block any of them. Of course individual governments can still seize books at the border, as a Canadian woman living in Qatar found out a few years ago when she ordered 11 issues of The Boys by Garth Ennis and Darick Robertson from an unspecified online retailer. But even in cases like that, Alsallal says his company “sometimes finds other ways to bring [the books] in.”

Alsallal has plans to thwart censorship through technology as well. His site will also be launching an e-book division soon, and he wants to put an on-demand book printing machine in “every Arab country” so as to avoid the import problems altogether. His optimistic goal is to “make banning books so futile that governments have no choice but to cease their attempts at censorship.” That may be a slow process, but in the meantime we’re betting Jamalon will see some hefty profits from highlighting books that authorities wanted to quash!

← This Week Only: Donate $5 Extra to CBLDF When You Shop on Amazon!
The Curious Incident of the Wilson County School Board →