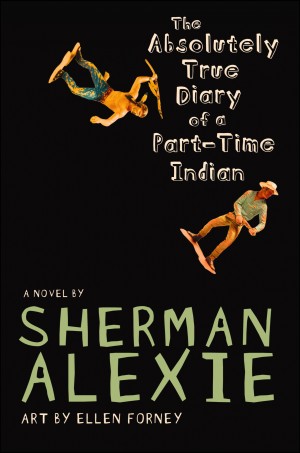 Since we last checked in with Brunswick County, North Carolina, where local resident Frances Wood is on a one-woman crusade to have Sherman Alexie’s The Absolutely True Diary of a Part-Time Indian banned from Cedar Grove Middle School, there is good news and bad news. The good news is that a review committee at the school unanimously decided against removing the book, but the bad news is that Wood has appealed that decision.

This saga began in early June, when Wood circulated a homegrown petition at several local churches demanding that the public schools remove the book which she called “disgusting.” When she spoke at a school board meeting, however, Superintendent Edward Pruden informed her that she would need to follow the challenge procedure laid out in district policy. A month later, she was back with an official challenge to the book. Even though Wood does not have any children or grandchildren in Brunswick County schools, Cedar Grove Middle School was then obligated as per policy to form a review committee to decide if it should stay on the shelf. Last week, the committee unanimously found that Absolutely True Diary is valuable for its “realistic depiction of bullying and racism, as well as a need for tolerance and awareness of cultural differences.”

Wood is not deterred by the overwhelmingly pro-book decision, however; she has appealed it to Pruden as the challenge policy also allows her to do. If he agrees with the review committee that the book should not be banned, she intends to appeal again to the school board. In fact, she thinks that Cedar Grove principal Rhonda Benton should have removed the book “simply because she is a believer and a member of the Christian church.” The challenge policy does allow for either the school principal or a review committee to make the initial decision on a challenged book, but Benton took the committee route because she attends the same church as Wood and thought there might be a conflict of interest–which was absolutely correct!

Wood evidently has no regard for impartial governance or separation of church and state, however. In appealing the review committee’s decision, she wrote to Pruden:

It’s time we call a spade a spade and a filthy book a filthy book, no matter whose toes we have to step on. And we need to quit being politically correct when someone does something we know is in direct conflict with the Bible. We need to stand up and shout. I know I don’t want to take the consequences of God’s wrath.

Since it seems futile to keep trying to counter Wood’s arguments with logic, let’s instead hear from some actual teens about how Absolutely True Diary has affected them. It is not an exaggeration to say that this book probably saves lives, like many other frequently-challenged YA titles. Adults across the country spend so much time arguing about individual words or passages that one can easily lose sight of the message that young readers take from the entire work. When the book was challenged (and subsequently banned) in Stockton, Missouri in 2010, for instance, high school student Dakota Freeze told the school board:

This book in a nutshell is my hope. It’s not about giving up. It’s about not letting people tell you you’re not worth it.

When it was challenged (and subsequently retained) in Billings, Montana last year, 150 students and parents packed a school board meeting to give their views on the book–most in support of it. Indian Country Today Media Network reports about half the audience members were Native American. Student Bryce Curry addressed the room:

You know the parts that are ‘controversial’ and ‘offensive’? They’re meant to be offensive for a reason: to show that yes, prejudices do happen. The racism and prejudices Natives face is real. It’s not in the past, it’s in the present, and will remain in the future unless we openly discuss it in classrooms and show why it is wrong.

And fellow student Mia Anderson joined in with a simple request:

If you want us to love reading, then quit taking away the books we love.

Frances Wood says that she “worked with children for 40 years” and thus feels she is qualified to judge the value of this book for Brunswick County students. But if she truly cares about young people, why would she want to eliminate anything that could be a lifeline for even a single teen?