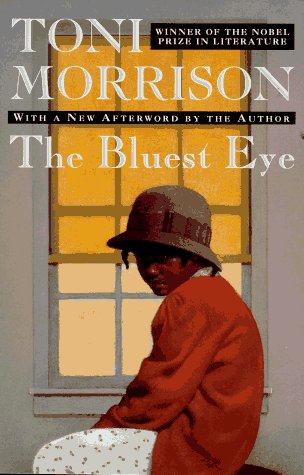 About four months after Toni Morrison’s The Bluest Eye and Alice Walker’s The Color Purple were challenged as reading assignments for Advanced Placement English at a high school in Wendell, North Carolina, we learned this week that Morrison’s novel was ultimately banned from the school’s curriculum. Teachers may still assign The Color Purple, but must get signed consent from a parent or guardian of any student who reads it. Both books will remain available in the school library.

A review committee recommended removing The Bluest Eye from the curriculum in the School of Engineering Systems at East Wake High School in July, but the ban was not reported in local news until late August. (East Wake High is one building divided into four schools: Engineering Systems; Health Science; Integrated Technology; and Arts, Education, and Global Studies.) The two novels were challenged in April by Dawn MacGibbon after a friend of her daughter was assigned to read them in AP English. At the time, MacGibbon said that the sexual assault and violence in both books “are not topics for 15-, 16- and 17-year-olds to be reading about or discussing.”

Apparently the review committee agreed regarding The Bluest Eye, but not on The Color Purple which may still given as an alternate assignment. According to School of Engineering Systems Principal Sebastian Shipp, the difference in treatment is due to “how [Walker] uses multiple literary/rhetorical devices to expound on theme, image and symbolism.” In other words, The Color Purple was judged to have redeeming literary value for students but The Bluest Eye was not. Mike Meno, Communications Director of the ACLU of North Carolina, strongly disagreed with this assessment:

It goes without saying that a lot unpleasant and ugly issues, like racism or violence against women, are difficult for people to comprehend and discuss but that’s not a good reason to keep them out of classrooms. By using literature as a way to examine these issues … we can better prepare students and young people to understand these very real issues that exist in the world that they are going to enter upon graduation.

An editorial from the local Eastern Wake News also criticized the decision, pointing out that AP students–most of whom are at least sophomores and will continue on to college in a few short years–surely know that the disturbing topics covered in both books are things that happen in real life. While it’s perfectly acceptable for individual parents to decide whether a book is appropriate for their own children, the newspaper objected to a blanket decision being made for all School of Engineering Systems students:

Book bans eliminate the opportunity for mature, reasoned discussion and consideration of the larger themes represented by what may be a distasteful narrative….If, as most educators hope, high school is a stopping point to higher education, it seems to us students would be better served if they are exposed to some of the same kinds of materials and the same kinds of expectations they will see in an institution of higher learning. Education leaders at that level learned long ago that book bans are not the best way to go when it comes to dealing with objectionable material.

We agree, and we urge the Wake County School District school board and administrators to reconsider the decision.