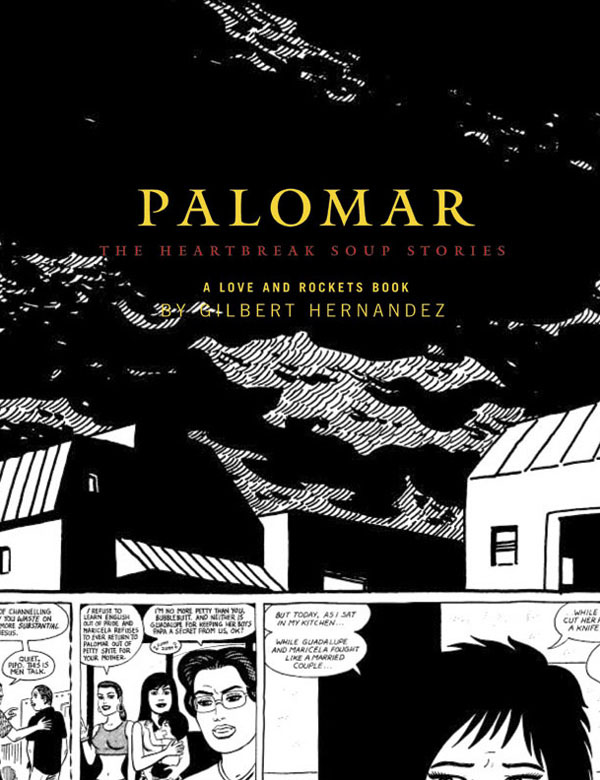 Catreena Lopez’s 14-year-old son checked out Palomar from the Rio Rancho High School library because he likes manga and thought it looked similar. But when she looked through it, Lopez told local news station KOAT, she found “child pornography pictures and child abuse pictures and I was like, ‘No. That’s not going to happen in my house.’” But instead of just returning the book to the library, Lopez decided that it should not go to anyone else’s house either. She brought it to the attention of Rio Rancho Public Schools officials, who agreed with Lopez and KOAT that the book is “clearly inappropriate.” They say they’re now “investigating how it became a part of the library’s collection in the first place.”

KOAT is not helping matters at all with its egregiously biased reporting, which ironically shows no regard for the First Amendment that protects freedom of speech as well as freedom of the press. The news station only cites Lopez and unnamed district officials in its report, and while the video shows the book stuffed with markers flagging “inappropriate” images, reporter Royale Da’s voiceover informs viewers that “we can’t show you any of the images because they’re too sexual and very graphic.” This is a tactic we’ve seen before in many biased news reports, including CNN’s tour of Tokyo manga shops which blurred out even the covers of books.

Although filtered by KOAT’s biased reporting Rio Rancho Public Schools officials’ characterization of the book as “clearly inappropriate” is worrisome. We certainly hope that the said officials are up to speed on their district’s policy on Request for Reconsideration of Library Materials, which says in part:

Review of questioned (“challenged”) materials will be treated objectively, unemotionally, and as a routine matter. Criticisms of print and non-print materials must be submitted in writing on a Request for Reconsideration of Library Materials form obtained from the librarian at the library/media center where the material is housed and submitted to the Superintendent of schools. The Request must be signed and include specific information as to author, title, publisher, and definite citation of objection.

The policy also details the process of forming a Review Committee to decide whether the challenged material will remain in the library collection. Until that decision is made, the policy says the book is to remain in circulation “unless the Superintendent decides otherwise.” The document also contains the form that Lopez is supposed to fill out and submit in order to file the challenge. Unfortunately, it does not ask whether the challenger has read the entire work, but it does include the interesting question “Is there anything good in this material?”

CBLDF is already taking action to fight this challenge and to make sure the Rio Rancho school district abides by its own challenge policy. We’re hoping that some less biased local news sources will cover the story in the coming days, but whatever happens we will certainly keep you up to date!

← CBLDF to Release US & UK Versions of Raising A Reader! How Comics & Graphic Novels Can Help Your Kids Love to Read!
Retailers: Last Day to Order CBLDF Defender, Our New Quarterly News Magazine! →