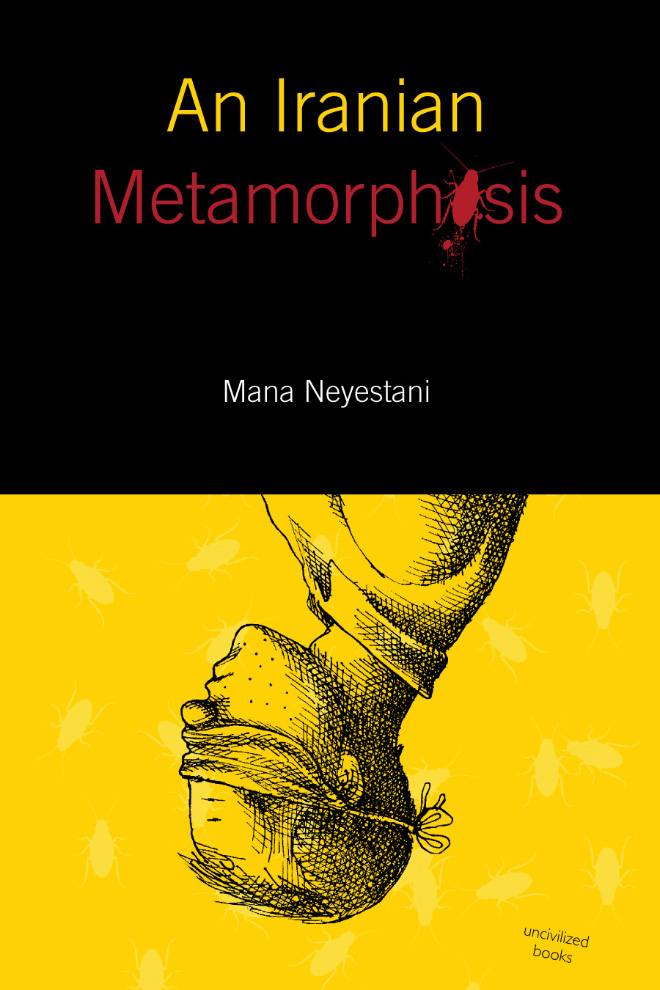 In 2006, Iranian cartoonist Mana Neyestani was arrested and imprisoned for three months for drawing a children’s cartoon. In his memoir An Iranian Metamorphosis, he tells the surreal tale of his detention and eventual exile from his native country — an extreme example of the difficulties faced by cartoonists all over the world. Originally published in French in 2012, the book has been available in English since December.

Neyestani’s ordeal began with an innocent cartoon depicting a boy conversing with a cockroach for the weekly magazine Iran Jome. The insect doesn’t understand Persian, so the boy attempts a made-up cockroach language. Still uncomprehending, the cockroach asks, “Namana?” The word means “what” in the Azeri language, but is commonly used in conversation by Iranians of all ethnic groups. Azeris are a minority in Iran, however, and many took the Azeri-speaking cockroach as an insult. The cartoon touched off protests which were met with force from authorities, descending into deadly riots. Looking for scapegoats, the government arrested Neyestani and his editor Mehrdad Ghasemfar for “inciting unrest and threatening national security.”

Even after he was able to escape to Malaysia on a temporary student visa along with his wife Mansoureh, Neyestani still had to fight to gain refugee status in any country that would take him. Four years later, he and Mansoureh were finally able to move to France permanently. He was even introduced to the staff at Charlie Hebdo and had some cartoons published there. Although he refrains from critiquing religion in his own work, he told the Los Angeles Times he “felt huge sadness” after the attack on the magazine’s staff last month but was subsequently heartened by the nationwide outpouring of support for cartoonists’ right to free expression.

Neyestani is better acquainted than most people with the power of cartoons to inflame passions, but he remains convinced that their ability to poke holes in authority is a vital role in both democracies and dictatorships. He told the Times:

Cartoons are influential because they use an image and employ humor. It easily breaks fake holiness and grandeur — and makes you laugh at [that]. And you better know that dictatorships spend tons of money to [manufacture] their grandeur.

Check out the Times review of An Iranian Metamorphosishere, as well as a 25-page excerpt here.

← Comics After Charlie Hebdo: Blank Space and CBLDF Call For Entries For Oslo Exhibition & Fundraiser
CBLDF to Release US & UK Versions of Raising A Reader! How Comics & Graphic Novels Can Help Your Kids Love to Read! →