Women’s History Month is a celebration of women that spans government organizations, media and entertainment, education, and more! The comics industry is no exception to this communal undertaking, and CBLDF has done our part with daily articles summarizing the innumerable accomplishments and fascinating lives of women in comics.

CBLDF wants to remind you that many great women have contributed to the comics canon. Tying in with this year’s National Women’s History Project theme “Weaving the Stories of Women’s Lives,” we can ensure the remembrance of hundreds of women’s triumphs in comics. But March is not the only month that deserves attention for women creators. CBLDF offers rewards for donors year round, including original sketches, signed graphic novels, and collections by prominent women. Available now are some of our favorites! 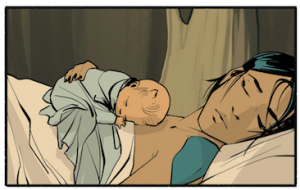 Fiona Staples is a multiple Eisner Award winner several times over, largely due to her all-digital artwork in the acclaimed ongoing series Saga. Available on the CBLDF site, Saga Volumes One and Two include a bookplate signed by writer Brian K. Vaughan. But if you’re looking to satisfy your craving during one of Saga’s seasonal breaks or are simply hungry for a miniseries that also features Staples’s gorgeous art, The Mystery Society with a signed bookplate by writer Steve Niles can also be found online. 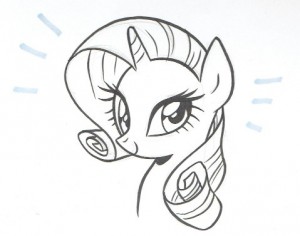 You’re never too young to start your collection. CBLDF offers copies of My Little Pony Friendship is Magic #24 Giant Robot Retailer Exclusive, signed by artist Brenda Hickey. Each issue comes with a different pony sketch on the back cover. Sara Varon’s Bake Sale completes our all-ages recommendations with the sweet tale of Cupcake. If you’re raising a reader, you can extend the lesson to the kitchen — Bake Sale doubles as a cookbook! 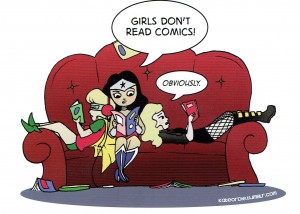 Kate Leth calls attention to all the women involved in the comic world, from the creators to the ladies bringing your books to you in-store. The Valkyries is a group of women working on the front lines of the comic shop world, keeping the flow of comics to the consumer a well-oiled machine. Witness the often hilarious but real frustrations of comic shop workers and Kate’s own stories in her collected Ultimate Kate or Die #1, signed on the front cover by Kate Leth!

Also in honor of Women’s Month CBLDF will be auctioning off our last calls paired with rare out of print material and exclusive original artwork, handmade just for the CBLDF! 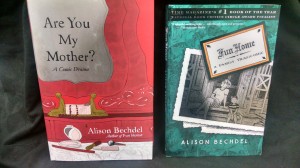 Familiarize yourself with the essential works of Alison Bechdel with our Are You My Mother? / Fun Home two-pack. Each title comes signed by Bechdel on the cover page. These graphic memoirs established themselves in the graphic canon after receiving high praise from both comic and literary circles. This set, as well as Bechdel’s many other works, focuses on gender and sexual identity with a sense of depth and sincerity that can only be pulled from life experience. 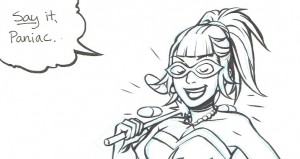 Jill of all trades Natalie Nourigat offers an original sketch of a Maragret Atwood super-heroine, inspired by her Twitter followers. 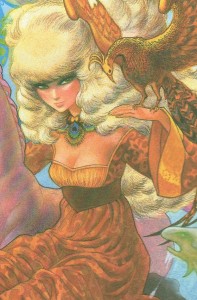 Wendy Pini dominated a market that once thought it had no room for a female audience. From a young age, Pini was drawn to fantasy and science fiction, often creating her own worlds and characters. In 1978 she, along with her husband, released what was to become one of the longest running independent comic series, popular with both men and women readers. This full-color Fauna art print is just one wonderful example of Wendy’s many original characters. 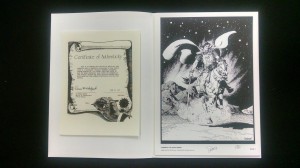 The most outstanding item in this collection belongs to Marie Severin. The Kull II Portfolio contains the collaborative effort of Marie Severin and her brother Josh Severin. During an era in which the only women to be found in a publishing house were behind a secretarial desk, Marie made her presence known. Cited by Bill Gaines as “the conscience of EC,” her opinions were sought and heard. Marie is largely recognized for her coloring, which was often the deciding factor on whether a title was suitable for the shelves. In a time during which censors’ stomachs churned at violent covers, EC was able to release their most gory and memorable works thanks to her muted palate. In this portfolio, you’ll get the chance to see Marie’s compositional talents at work with penciled illustrations inked by Josh. This portfolio contains eight prints, signed and numbered by artist Josh Severin on the first plate, as well as the original certificate of authenticity issued by Middle Earth Publishing. The prints are kept in a folder featuring original artwork for the portfolio and come with the original fitted envelope.

Celebrate Women’s History Month and the freedom to read by picking up these premiums and auction items or by visiting the CBLDF Rewards Zone to view even more amazing items!