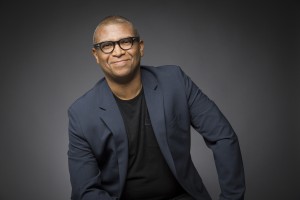 The Comic Book Legal Defense Fund, a non-profit organization protecting the freedom to read, is proud to welcome Reginald Hudlin to its Board of Directors. Hudlin is an innovative force in modern black entertainment, having written or directed such beloved films as House Party, Boomerang, and BeBe’s Kids, as well as producing Quentin Tarantino’s Django Unchained, for which he received a Best Picture nomination from the Academy of Motion Picture Arts and Sciences. Hudlin’s prolific comics career includes a multi-year run on Marvel’s Black Panther, which became a successful animated series he wrote and executive produced. Hudlin recently relaunched Milestone Media, which is dedicated to rolling out new projects on multiple platforms as well as reviving some of the beloved properties from the Milestone universe that fans know and love.

Hudlin remarks, “Freedom of expression is a cornerstone of democracy. As Americans, we all need to stand united to protect our liberties. I’m flattered to be asked to join an organization that does just that.”

CBLDF Board Member Paul Levitz says, “Reggie has been serious about his commitment to comics for many years, and his efforts to advance the form creatively as a writer have been as important to him as his many successes in film and television. It’s a pleasure to welcome someone who has long fought for freedom of expression to the CBLDF board to give us the benefit of his wisdom and experience.”

Hudlin’s addition to the CBLDF Board of Directors bolsters the organization’s efforts to protect First Amendment rights of readers, creators, librarians, retailers, publishers, and educators who face the threat of censorship. Hudlin joins comics creators Larry Marder, Jennifer L. Holm, Paul Levitz, and Jeff Smith as well as industry leaders Jeff Abraham, Dale Cendali, Milton Griepp, Katherine Keller, Andrew McIntire, and Chris Powell in serving on the Fund’s Board in direct oversight of its activities protecting the freedom to read.

About Reginald Hudlin
REGINALD HUDLIN has created, written, and / or directed such beloved films as House Party, Boomerang, and BeBe’s Kids, which are some of the most profitable and influential films of his generation. Hudlin received a Best Picture nomination from the Academy of Motion Picture Arts and Sciences for producing Quentin Tarantino’s Django Unchained, starring Jamie Foxx, Leonardo DiCaprio, Christoph Waltz, Kerry Washington, and Samuel L. Jackson. The film won multiple awards, including two Oscars and two Golden Globe Awards, and is one of the top grossing Westerns of all time.

From 2005-2009, Hudlin was the first President of Entertainment for B.E.T. Networks, creating some of the networks highest rated shows during his tenure. While there, he launched a profitable home entertainment division and revamped the news division, which went on to win more than a dozen awards in that period.

Recently, Hudlin directed episodes of Murder In The First, New Girl, and Marry Me. Hudlin executive produced the last three NAACP Image Awards. Hudlin was also the executive producer of Governor’s Awards, presenting four Oscars. Last summer, he partnered with the AMPAS and the Hollywood Bowl to produce a live cinematic concert experience entitled The Black Movie Soundtrack, which was a critical and commercial success.

Hudlin is a member of several organizations and currently serves on the boards of UCLA School of Theatre, Film & Television and Wasatch.

About Comic Book Legal Defense Fund (CBLDF)
Comic Book Legal Defense Fund is a non-profit organization protecting the freedom to read comics! Our work protects readers, creators, librarians, retailers, publishers, and educators who face the threat of censorship. We monitor legislation and challenge laws that would limit the First Amendment. We create resources that promote understanding of comics and the rights our community is guaranteed. Every day we publish news and information about censorship events as they happen. We are partners in the Kids’ Right to Read Project and Banned Books Week. Our expert legal team is available to respond to First Amendment emergencies at a moment’s notice. CBLDF is a lean organization that works hard to protect the rights on which our community depends. For more information, visit www.cbldf.org.

← Ecuadorian Cartoonist Bonil Fined by His Government and Threatened by ISIS
CBLDF Presents Elephantmen: Shots – A Collection of Hard-to-Find Stories to Support a Good Cause! →