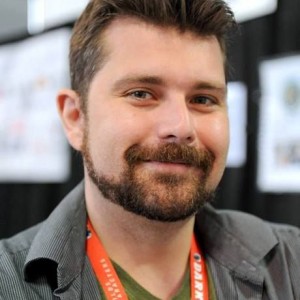 Today, CBLDF is proud to announce that CBLDF Executive Director Charles Bownstein has been elected to a two-year term on the Freedom to Read Foundation’s Board of Trustees!

FTRF “is a non-profit legal and educational organization affiliated with the American Library Association. FTRF protects and defends the First Amendment to the Constitution and supports the right of libraries to collect — and individuals to access — information.” In the past, CBLDF has partnered with FTRF on amicus briefs and other projects and programs to help defend the freedom to read.

Brownstein is eminently qualified to take a position on the FTRF Board of Trustees. “Intellectual freedom is central to the progress of our free society. Current attempts to censor or inflict terror on those who would speak freely make FTRF’s work more crucial than ever,” Brownstein said in his statement of interest.

“As Executive Director of Comic Book Legal Defense Fund since 2002,” he continues, “I have devoted my career to defending the First Amendment and advancing education about the importance of free expression. During my tenure, the organization has achieved numerous legal victories, been cited by the U.S. Supreme Court, and has become a leader in education and advocacy for combating censorship. CBLDF is a sponsor of Banned Books Week, and I am a member of the executive committee formed by ALA and other sponsors to coordinate the event’s planning. Each year I write and lecture extensively on free expression, addressing audiences across the United States and abroad.”

“It would be an honor to serve FTRF during this critical time for intellectual freedom,” Brownstein concludes.

Barbara Jones, the director of ALA’s Office of Intellectual Freedom, serves as FTRF executive director and board secretary. Jones praised the 2015-16 board:

“It’s wonderful to add such a wide variety of backgrounds and experiences to the Freedom to Read Foundation board,” said Jones. “As was the case last year, we are very excited to bring together librarians and free speech experts from other fields to expand on the Foundation’s proud tradition. As we celebrate our 45th anniversary, FTRF will continue to work via litigation, advocacy, grants, and education to defend the fundamental rights of free expression and access to information.”

Congratulations to Brownstein and his fellow electees. Brownstein will continue his work with CBLDF, and we’re certain he and the FTRF board will make invaluable contributions to the defense of the freedom to read! To find out more about the members of the board and the election process, visit the FTRF website here.

← SPRING INTO ACTION and Support Our Historical Resources!
Iraqi Cartoonist’s Work a Labor of Love →