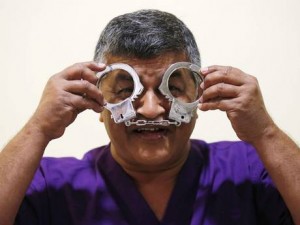 Just over a week before Zunar’s trial on nine counts of sedition is slated to begin, a Malaysian court yesterday allowed the Ministry of Home Affairs to move forward with a separate effort to ban two of his cartoon books which have been unbanned only since October 2014.

Last year’s decision by a three-judge Court of Appeals panel to allow the sale of the books Perak Darul Kartun and 1 Funny Malaysia was a rare victory for Zunar, who has seen nearly all of his books banned and been subject to constant harassment from authorities for years. The judges wrote at the time that “this is a case where the law of sedition is being used as a convenient peg to control freedom of expression.” Yesterday, however, a panel from the Federal Court, Malaysia’s top judiciary, allowed Home Minister Ahmad Zahid Hamidi to appeal that decision and try to have the books re-banned.

Zunar will no doubt discuss this latest development tomorrow evening in London, where he will participate in a panel with UK cartoonist Martin Rowson at the Free Word Centre. Admission is free but space is limited, so anyone wishing to attend needs to book a ticket here. On Sunday Zunar will also speak at the infamous Speaker’s Corner in Hyde Park, followed by a picnic with supporters.

Next week, Zunar will return to Malaysia to face trial for statements that he made on Twitter in February following the sentencing of opposition leader Anwar Ibrahim on a trumped-up sodomy charge. The nine counts of sedition–a record for Malaysia, according to his lawyer–could carry a sentence of up to 43 years in prison.