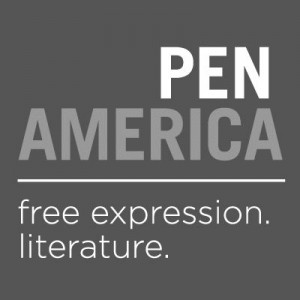 A week after six authors withdrew as table hosts of PEN American Center’s literary gala in protest of the free speech group’s presentation of its Freedom of Expression Courage Award to Charlie Hebdo staff, some big names in comics are stepping in to take their place. Art Spiegelman, Alison Bechdel, and Neil Gaiman are among the newly announced hosts for tomorrow night’s event.

Filling the other three vacancies will be authors Azar Nafisi (Reading Lolita in Tehran), George Packer (The Assassin’s Gate: America in Iraq), and Alain Mabanckou (Memoirs of a Porcupine). Mabanckou, a French citizen and UCLA professor, will present the award to Charlie Hebdo’s new editor in chief Gerard Biard and fellow staff member Jean-Baptiste Thoret.

Gaiman, a staunch CBLDF supporter and advisory board co-chair who has written in the past about the importance of defending free speech even when it offends, said in an email to the New York Times:

The Charlie Hebdo PEN award is for courage. The courage to work after the 2011 firebombing of the offices, the courage to put out their magazine in the face of murder. If we cannot applaud that, then we might as well go home…I’ll be proud to host a table on Tuesday night.