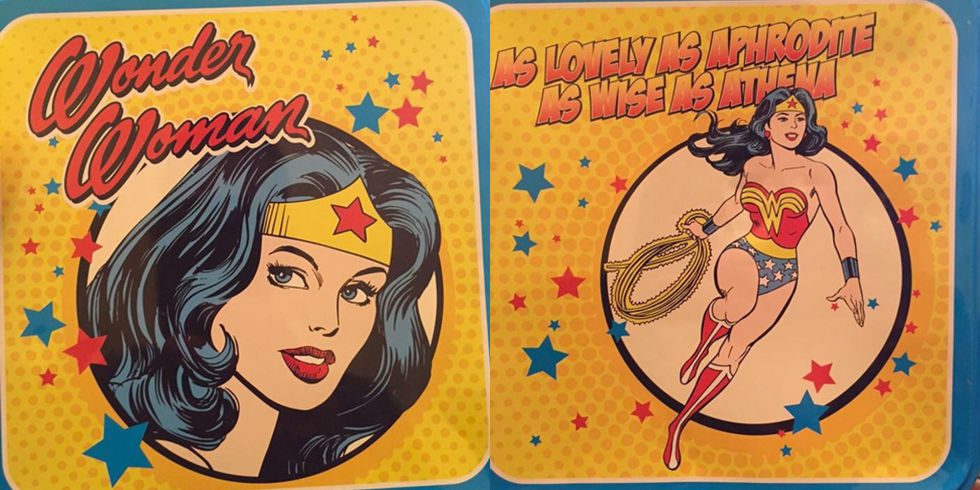 According to a post that appeared on Reddit this week, a secular private elementary school in an unidentified English-speaking country allegedly sent home a note to a student’s parents indicating that her Wonder Woman lunchbox would no longer be allowed because it contravened the dress code due to “violent images.” The lunchbox featured Wonder Woman’s face on one side and a full-length image of the superheroine running with her golden lasso on the other.

We noticed that Laura has a Wonder Woman lunchbox that features a super hero image. In keeping with the dress code of the school, we must ask that she not bring this to school.

The dress code we have established requests that the children not bring violent images into the building in any fashion — on their clothing (including shoes and socks), backpacks and lunch boxes. We have defined ‘violent characters’ as those who solve problems using violence. Super heroes certainly fall into that category.

Please refer to the dress code section of the School Handbook.

Your cooperation with our dress code will be appreciated.

The location of the school is unknown because the header and signature on the note are concealed with pieces of paper in the image that was posted online. Twines18 says the image was originally shared by one of the girl’s parents on Facebook, and adds that the family is more amused than outraged at the lunchbox ban.

We haven’t been able to find additional confirmation of the story or the location where the incident allegedly took place, so details are thin. Regardless, it’s laughable that the lunchbox in question would be banned for violence, and such a ban does raise some free expression concerns. If we find out more, we’ll be sure to let you know.

You can see the letter, along with both sides of the lunchbox, over here at Reddit.