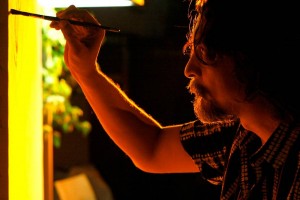 One of India’s best-known graphic novelists fell afoul of Facebook’s whimsical moderation regarding artistic nudity last week when the social media giant, acting on an anonymous user report, removed his work which showed a woman getting dressed. Orijit Sen and his Facebook followers quickly responded with a flood of other artistic nudes, in what he described as “a wonderful, celebratory show of solidarity.”

Sen’s piece titled “The Punjaban” shows a topless woman tying the drawstring on a pair of pants traditionally worn in Punjab, Sen’s native state and a recurring subject in his work. The setting is not so very different from one explored by 19th century Impressionists such as Degas, Renoir, and Cassatt, who favored studies of women bathing and dressing. The whip and high heels in Sen’s piece certainly add a touch of cheekiness, but there is no doubt that most viewers would classify it as art that should be allowed on Facebook, according to the site’s own community standards:

We…restrict some images of female breasts if they include the nipple, but we always allow photos of women actively engaged in breastfeeding or showing breasts with post-mastectomy scarring. We also allow photographs of paintings, sculptures, and other art that depicts nude figures. 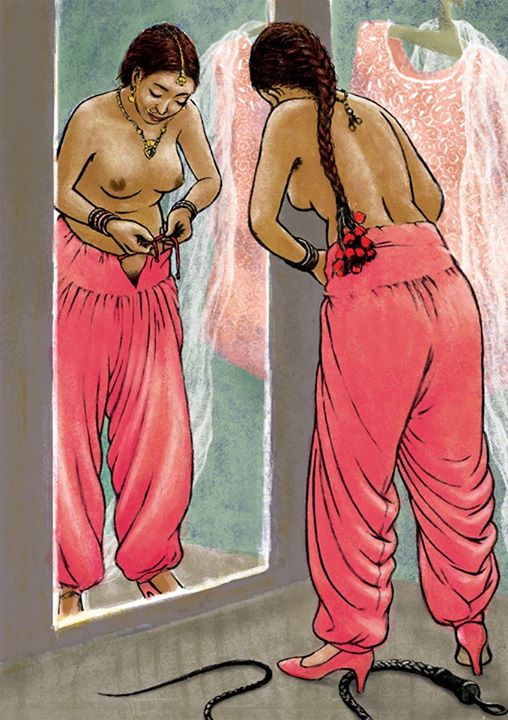 But as we’ve seen many times before, it seems that Facebook’s definition of art may once again diverge from the norm. In a post from Thursday morning, Sen regretfully informed his followers that the image had been removed after someone reported it for “containing nudity.” In the comments on that post and two more from the following days, fans of his page alternately expressed their shock at Facebook’s prudery and posted their own favorite artistic nudes. (In response to Gustave Courbet’s The Origin of the World, Sen drily commented that “maybe nudes with gilt frames are allowed?”)

Even though at least one follower who tried to repost “The Punjaban” also had it removed from her own account on Thursday evening, by early on Friday Sen was able to post it again, and it has remained untouched since then with no satisfactory explanation as to why it was originally taken down or what changed in the meantime. As always, we acknowledge that Facebook and other social media sites can regulate user content as they see fit — but taking down art that is well within the publicly posted community guidelines certainly seems like a bait and switch.