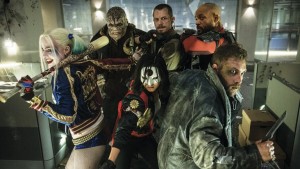 Things are looking dire for a Chinese release of Suicide Squad. The movie has yet to appear on the internal release calendar for the China Film Group, the state-owned movie distributor that handles all imported films, indicating that the film has not been approved by China’s censors. The Hollywood Reporter indicates that a ban is likely because the film propagates a “passive or negative outlook on life, worldview and value system” in violation of China’s official film guidelines.

China’s State Administration of Press, Publication, Radio, Film and Television (SAPPRFT) determines which movies are imported into the country. Some had hoped that Suicide Squad‘s PG-13 rating in the U.S. would help it pass muster with Chinese censors, but that does not appear to be the case. The studio had already changed the name of the film to Special Task Force X because suicide is another topic forbidden by Chinese censors.

Suicide Squad wouldn’t the first movie to be banned by Chinese censors. Just last month, Ghostbusters was denied release in China due to its depiction of the supernatural. At the beginning of the year, the R-rated adaptation of Deadpool was banned from China due to violence, nudity, and graphic language. And China’s censors don’t attack just movies: Last year, the Chinese government banned 38 Japanese manga and anime that they deemed inappropriate for children and claimed promoted juvenile delinquency.

The ban of Suicide Squad isn’t yet set in stone — the censorship board may still decide to allow the film’s release, but it will come later than most foreign releases, which typically open simultaneously with or within a month of the U.S. release. The Hollywood Reporter adds that a slowdown in movie attendance in China has also led to an easing of restrictions, which may still benefit Suicide Squad.