Despite 27 years in exile, Sudanese cartoonist Khalid Albaih has found a home: the internet. Like many cartoonists displaced by oppressive regimes, Albaih recognizes the power of the web as a tool for circumventing censorship, expressing dissent, and fomenting change.

Albaih was born in Romania, where his father served as a Suadanese diplomat. His mother was an activist who opposed the practice of female genital mutilation in Sudan. He grew up on a diet of translated American comics and political cartoons, the latter thanks to a move to Doha, Qatar, after his father was fired in 1989. He began publishing his own political cartoons at the age of 21, but a career in cartooning remained out of reach. Albaih eventually turned to social media as a way to share his work with the world. His Facebook page, Khartoon!, is an amalgam of the word “cartoon” and the name of the capital of his home country, Khartoum. Through Khartoon!, Albaih uses cartoons to address global issues, including oppression in Sudan and other Arab countries, technology, surveillance, and even American politics and police shootings. 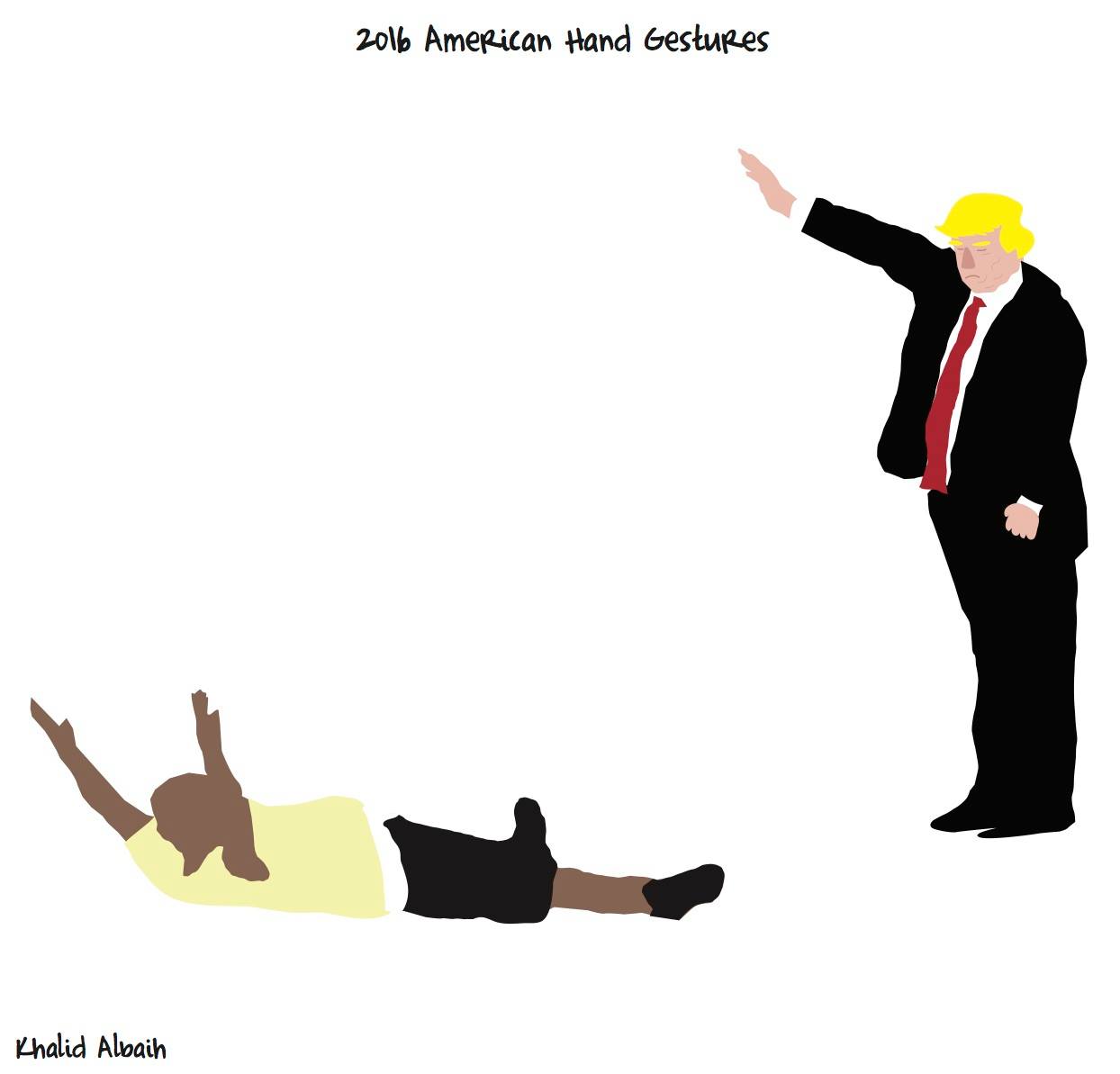 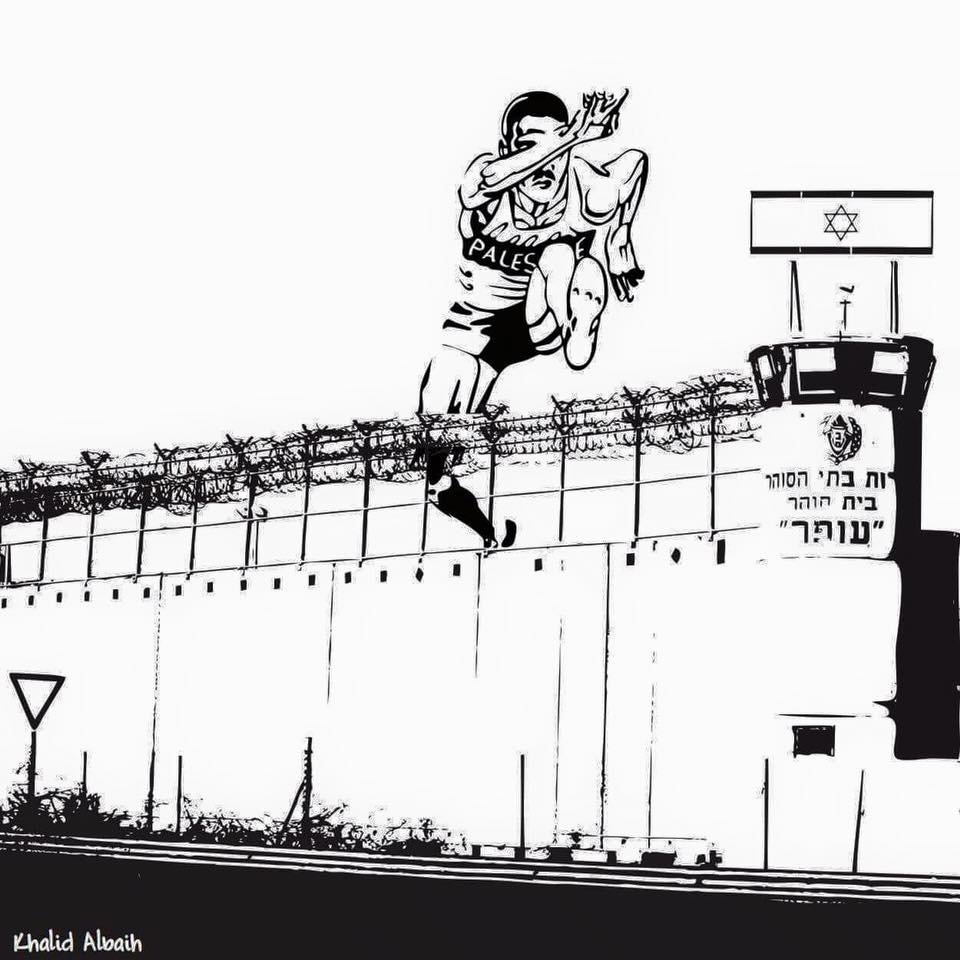 Albaih is cognizant of the ways in which Arab countries surveil and silence citizens and the power of cartoons in expressing dissent. In an interview with Jackie Abramian, he says, “My cartoons are my new weapons to talk back to those who are trying to silence us.” Albaih adds:

“Art is about disturbing the comfortable. Cartoons are the best way to accomplish this because you don’t have to be a professor, an intellectual, or attend a museum to understand the meaning of a cartoon.” 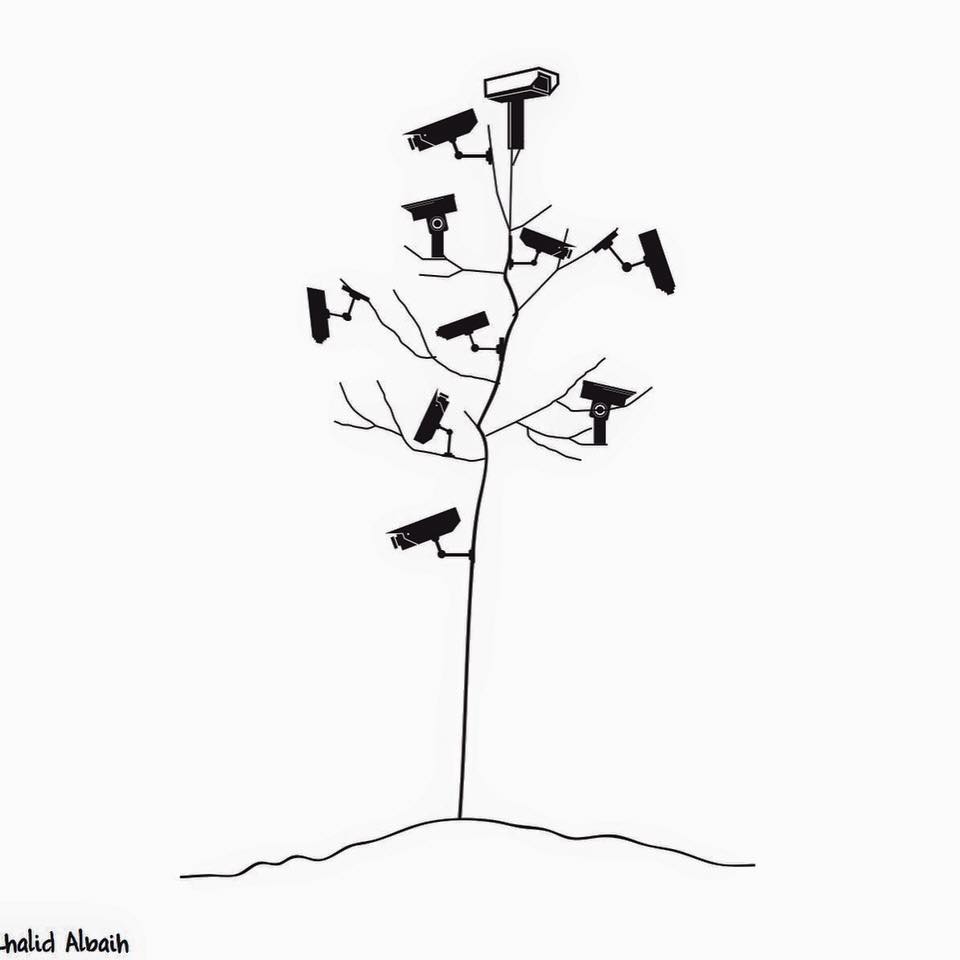 Despite the precautions he takes to protect himself, Albaih has run afoul of some of the authorities he questions. In 2014, he was arrested upon arrival in Egypt for an arts residency. He was questioned for several hours before his release. Even the U.S. government seems to be uncomfortable with Albaih’s work, which has attacked the NSA’s surveillance program and police brutality. Albaih waited for months to receive a U.S. visa so he could participate in Cultrunners, which films Albaih and other Middle Eastern artists as they traverse the United States during this year’s election cycle. U.S. authorities questioned Albaih for two hours upon his entry into the country to participate in the series. 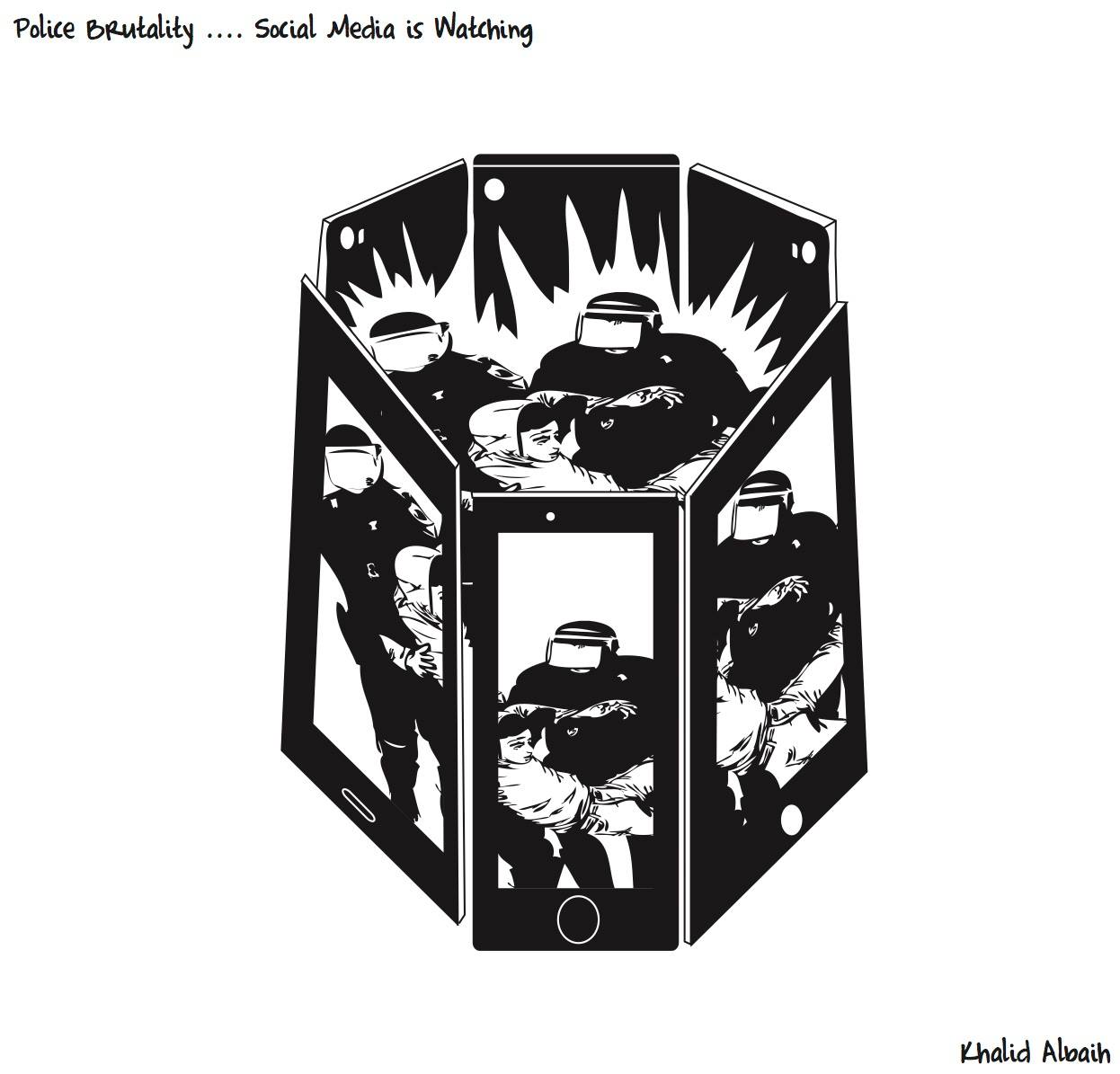 In his interview with Abramian, Albaih speaks to the responsibility of the current generation:

“Our generation is tasked with the mission to solve this world’s problems. The world has become a village — getting smaller — and hatred in a small place makes for a disaster. We must come to terms with the fact that we share as much similarities as differences.”

You can read the rest of the interview here. View Albaih’s cartoons on his Facebook page. View videos of Albaih and learn more about his journey across the U.S. at the Cultrunners website.