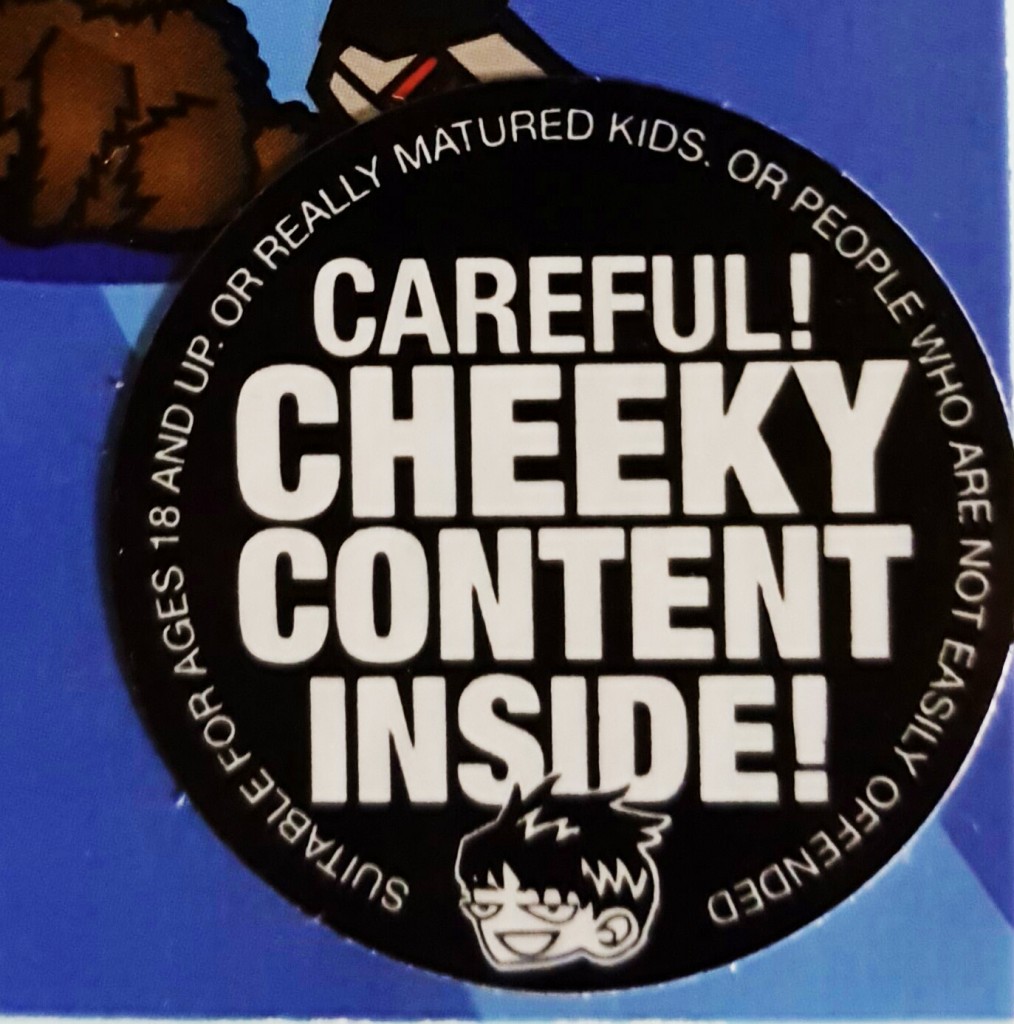 Warning label from Bro, Don’t Like That La, Bro Vol. 2: My Bad Bromance

In response to a single complaint on Facebook, a Singapore-based bookstore chain has reportedly removed collected editions of the Malaysian webcomic Bro, Don’t Like That La, Bro by Ernest Ng from its stores. Even though the books bear a self-imposed warning label for “cheeky content” and were shelved in the adult sections of Popular Bookstores, the Facebook post warned parents to “beware of such comics” and added that “they should be taken off the shelves!”

Ng’s webcomic stars five college-aged male housemates who spend their time playing computer games, fighting for the bathroom, and trying to impress women. The comic has found great success with young adults in Malaysia, Singapore, and other countries in Southeast Asia, and has now been collected into two print volumes. It was the second volume, My Bad Bromance, that an education blogger who goes by Mylilbookworm spotted on the shelf at a Popular bookstore outlet on Tuesday. She shared the cover and three interior pages with her 1200 Facebook followers, apparently outraged at the use of the Malaysian slang word “gugubird” for male genitals, the antics of one housemate who has a talent for going from “zero to naked in 2.9 seconds,” and a brief mooning that Ng himself censored on the page.

The pictures spread across Facebook pages frequented by Singapore parents yesterday, and today Popular issued a statement saying that it took “immediate action to ensure that the book has been removed from our shelves,” even though the retail chain also pointed out the warning label and the fact that the comic was appropriately shelved in the adult section. Ng seemed thrilled to join the august club of banned authors, responding “Sweet!” to a fan’s post about the removal.

Many of Mylilbookworm’s Facebook followers seemed particularly put off by what they saw as the homoerotic undertones of Ng’s work, and the government body with the power to ban books from import said that it had also received complaints about the comic. In 2014 that same agency, the Media Development Authority, barred retailers from importing Archie: the Married Life Vol. 3, which featured the wedding of gay character Kevin Keller. The MDA confirmed at the time that it had reviewed the book in response to a complaint and found it to be “not in line with social norms.”

Around the same time, Singapore’s national library system also removed three picture books that mentioned same-sex parents, including the frequently challenged And Tango Makes Three. After protests from parents who wanted the books to remain available, authorities restored two of them to the collection, albeit in the adult section. The third book, Who’s In My Family: All About Our Families, could not be restored because it was already destroyed.

← Podcast: Censorship Can Happen to Anyone
Even Dictionaries Aren’t Safe From Censorship in China →