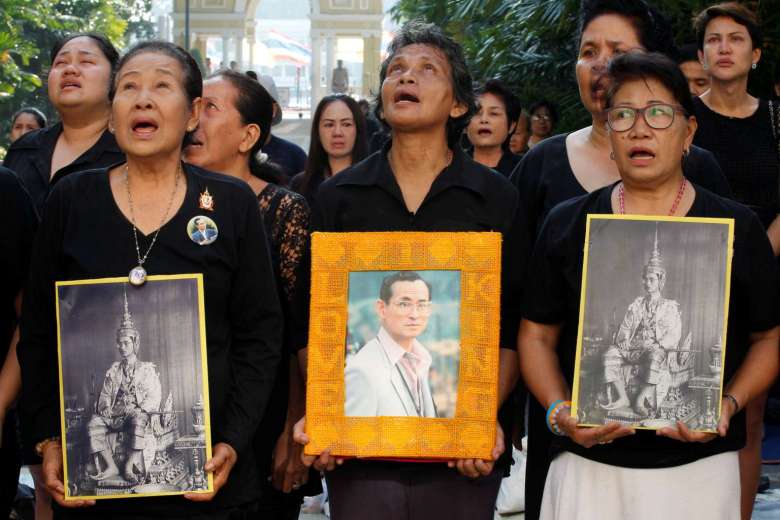 Thai authorities are scrambling to quash any perceived insult to their late King Bhumibol Adulyadej following his death on October 13, going so far as to scrub unfavorable results from Google services including the main search engine and YouTube. They are also demanding the extradition of Thai dissidents residing in other countries, though it is unlikely that those governments will comply.

Thailand’s lèse-majesté laws are among the most strictly enforced in the world, but Bhumibol was genuinely adored by many of his subjects. In the weeks since his death there have been several stories of angry mobs turning on the rare individuals who allegedly failed to show proper respect for the king, often forcing them to kneel before his portrait and beg for forgiveness.

The ruling military junta says it has identified “more than 100 pieces of content insulting to the monarchy” found on various Google services and wants all of them removed. Google likely will end up blocking most of that content for Thai users only, as its general policy is to “restrict it in the country where it’s illegal after a thorough review.” In the second half of 2015, the most recent timeframe available in its transparency report for Thailand, Google complied with 85% of the government’s takedown requests.

Google is certainly not the only online company forced to negotiate the tradeoff between international commerce and freedom of expression. Twitter follows a similar policy of blocking content that is illegal within the country in question but publicly reporting all government takedown requests. Facebook, on the other hand, tries to universally accommodate the laws and sensibilities of all the countries where it operates–a moderation strategy that frequently backfires.

In addition to the online censorship, Thai authorities also have identified at least “six high-profile lèse-majesté suspects living abroad” and plans to seek their extradition from the unidentified countries where they live. Justice Minister Paiboon Koomchaya acknowledged that the extradition requests would likely be unsuccessful, but “we must do it to stop their movement and reproduction, we will do our best.”

It is not yet known whether there are any cartoonists or other graphic artists among the expatriate “suspects,” but in the past two years two different political cartoonists working in the country have been “invited” before government commissions to explain their work that criticized the administrative government, not the monarchy. Sakda Sae Iew cautiously continued working after his “attitude adjustment,” while Arun Watcharasawat escaped charges when the newspaper he worked for pointed out the cartoons in question were over a year old.

Thailand also deported Chinese cartoonist and human rights activist Jiang Yefei last year despite the fact that he’d been granted refugee status by the United Nations. He was imprisoned upon his forced return to China and has not been heard from since. Thai authorities also may have been aware in advance of China’s plan to illegally arrest Hong Kong-based bookseller Gui Minhai at his vacation home in Thailand last October.