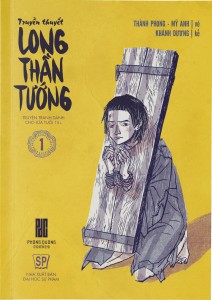 Vietnamese comic artists today are not only finding creative ways to combat censorship, but are also working to overcome many of the negative stereotypes still associated with the medium—most frequently, the fallacy that comics are for children and cannot be written for an adult readership.

Tuoi Tre News spoke with a few creators about the challenges that they face and how, despite international acclaim, Vietnamese authorities and publishers continue to hold back the flourishing of the industry due to fears that the kinds of comics being produced don’t fit their preconceived mold of child-approved publications.

From books never seeing the light of day due to content concerns to artist Dang Quang Dung’s popular comic Meo Moc being recalled from bookstores after it was allegedly deemed “offensive” by censors for its depiction of a cat using the toilet and the written word “poop” appearing in a volume, as creator Dao Quang Huy notes, creators are at the whim of publishers whose arbitrary censorship guidelines determine the fate of their works. “Publishing censorship in Vietnam is a grey area that depends entirely on the sentiment of censors who lack specified criteria on which they can base their judgment,” said Huy, whose own work was rejected by publishers explicitly for its subject matter—the distortion of classic fairy tales.

Even critically acclaimed creators like Nguyen Khanh Duong have faced censorship. His publisher asked him to alter portions of his book Long Than Tuong (Holy Dragon Imperator) before publication even though the title was classified for readers 16 and up. Although his book won the  Silver Award at the Ninth International Manga Awards in Japan, Doung’s work continues to face scrutiny in his home country.

Many creators in this current climate attribute it to a long-standing belief held by Vietnamese censors that comics are inherently a child’s medium and as such should be restricted from depicting anything offensive or subversive. It was this same mentality that led to the Comics Code and Comics Code Authority in the United States in 1954, after medical professionals, government officials, and whole communities stood against comics and their alleged negative impact on the development of American youths (a mentality, it should be noted, that continues to have some hold today in the U.S. as well).

That misconception that comics could only be for children is what has encouraged young Vietnamese creators to seek other avenues for publication. From social media to using crowdfunding sites like Comicola, creators are not letting the opinions of a few limit their ability to reach broader audiences.

As Tuoi Tre News reports, it is still an uphill battle overcoming censorship when it comes to getting a book in tangible print in Vietnam. Although some authorities are warming up to the idea that comics might not just be for kids, they are still reluctant to let creators have free reign to create. “It’s true that comics are not only for children,” said Chu Van Hoa, the head of Vietnam’s Bureau for Publication, Printing, and Distribution, adding:

But how many adults [in Vietnam] are actually into comics? That’s just some subjective comment comic artists say to each other. There’s no evidence that comics are only for children, but there’s no argument supporting the claim that Vietnamese adults have the needs to read comics either.

Artists don’t agree, and the argument can be made that by giving creators the freedom to make the works they want, they could build a larger readership on par with the global comics community. “If Vietnamese artists are freed from limits on their creativeness and explorations, they will soon be on par with regional artists,” said comics fan Thu Do. It is for readers like Thu Do as well as the state of free speech that comics creators in Vietnam will continue to fight for their right to express themselves through an expressive medium.