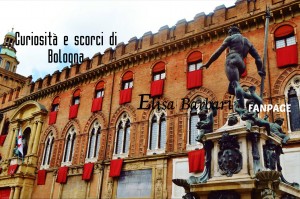 Another image has fallen victim to Facebook’s arbitrary enforcement of its policy regarding nudity. This time, the image in question is a photo of the bronze statue of Neptune that resides in Piazza del Nettuno in Bologna, Italy.

The mid-sixteenth century fountain designed by Flemish master Giambologna features the god Neptune in the nude, surrounded by equally nude cherubs. Italian writer Elisa Barbari tried to share a photo of that statue to her Facebook page as part of a series in which she shares oddities about the culture and history of Bologna. Facebook deemed the image “explicitly sexual,” a decision that Barbari challenged.

CNN reported on Facebook’s response to Barbari’s challenge. The company initially stood behind the decision, telling the writer:

“The use of images or video of nude bodies or plunging necklines is not allowed, even if the use is for artistic or educational reasons.”

CNN spoke with Barbari, who defended the photo of the masterpiece:

“The statue is shown from behind, not even as a close up, it’s in the distance. It’s ridiculous. At first I was angry. Then I was surprised, I couldn’t understand why they don’t want to clarify. It’s absurd. In the past, I have flagged inappropriate content to Facebook myself — fake news, violence on animals… Things that really need to be censured, not art. I don’t know what to think, it’s ridiculous.”

CNN also followed up with Facebook, which issued a statement that they were reversing their decision:

“Our team processes millions of advertising images each week, and in some instances we incorrectly prohibit ads. This image does not violate our ad policies. We apologise for the error and have let the advertiser know we are approving their ad.”

We remove photographs of people displaying genitals or focusing in on fully exposed buttocks. We also restrict some images of female breasts if they include the nipple, but we always allow photos of women actively engaged in breastfeeding or showing breasts with post-mastectomy scarring. We also allow photographs of paintings, sculptures, and other art that depicts nude figures.

Unfortunately, the company has been uneven at best when it comes to enforcing their policies. The company has clearly violated their community standards in blocking content such as an educational video on breast cancer self-exams, Nick Ut’s Pulitzer Prize-winning photo “The Terror of War,” the work of Indian cartoonists Orijit Sen and Kanika Mishra, the British satire magazine Viz, a relatively innocuous piece of art in the Philadelphia Museum of Art collection, Gustave Courbet’s notorious painting L’Origine du monde, and cartoon nipples.

In most cases, the images were restored, but Facebook’s uneven and arbitrary enforcement continues to be of concern.