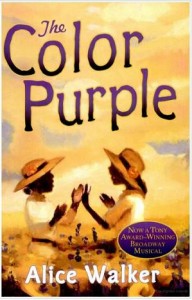 Five popular, award-winning, and critically praised novels were recently removed from an alternative reading list for high school students in Nome, Alaska after parent complaints, leading to a contentious public debate at a school board meeting last week where other parents came out in support of the books. By the end of the meeting Sherman Alexie’s The Absolutely True Diary of a Part-Time Indian was restored to the list, but Alice Walker’s The Color Purple, Toni Morrison’s The Bluest Eye, Khaled Hosseini’s The Kite Runner, and J.D. Salinger’s Catcher in the Rye are all still verboten.

Nome Public Schools’ new alternative reading list, intended “for situations in which the school’s primary reading list is deemed unsuitable,” was still awaiting approval from the school board when parent Angela Hansen sent them a letter alleging that the five novels contain “large amounts of profanity, sex, violence, abuse, rape, and incest.” The board responded by removing the books in question, and even though 13 out of 15 parents who spoke at last week’s meeting were in favor of restoring the list to its original state, Superintendent Shawn Arnold only chose to bring back Absolutely True Diary. He did however note that the board could still reverse its own decision.

Darlene Trigg, a parent who spoke in support of the books, argued that students would benefit from approaching the sometimes difficult and disturbing content in a classroom environment:

Instead, for now the four remaining titles have been shunted to an optional supplemental reading list for 12th graders only, where they will not receive the same level of analysis and large-group discussion. Although the original alternative list had not yet been officially approved by the board before it was challenged, this action certainly seems to contradict the spirit of the district’s challenge policy which says board decisions “will be based on educational suitability and will not be influenced by a desire to suppress information or deny students access to ideas with which the Board disagrees.”

← Stuck in the Middle Challenged in Oklahoma School
Join CBLDF in Seattle for Emerald City Comicon! →