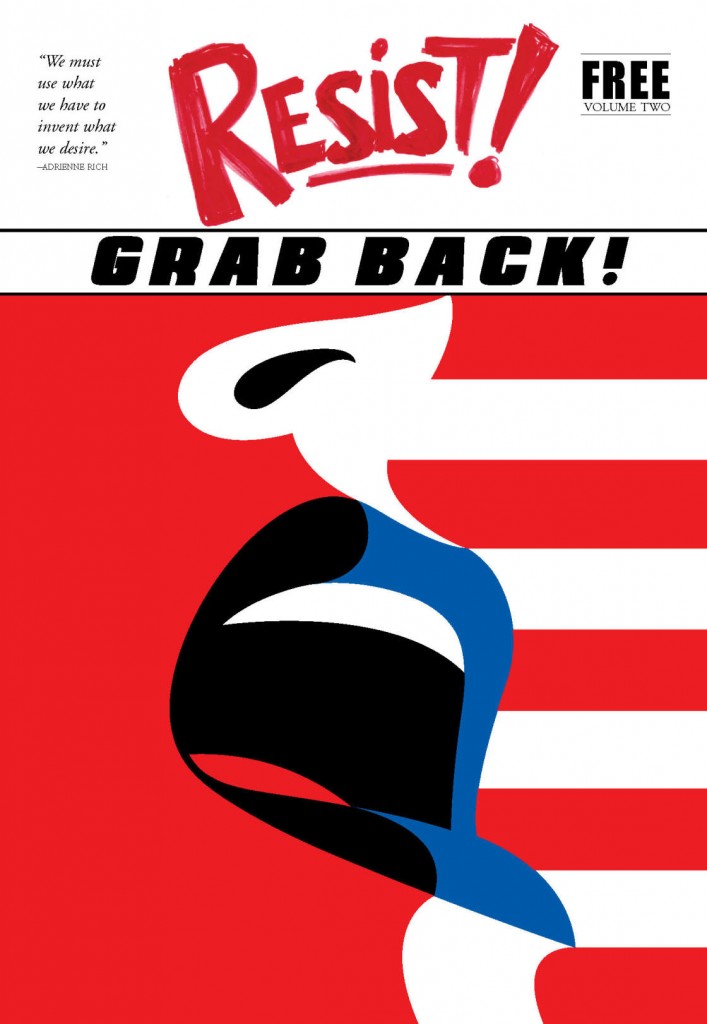 Get your pre-orders in now for the second volume of Resist! from Françoise Mouly and Nadja Spiegelman! After the smashing success of the political comics newspaper, 58,000 copies of which were handed out on Inauguration Day and at Women’s Marches around the country the following day, the mother-daughter team are following up with an Independence Day edition to hit the streets in time for July 4.

In an email to supporters, Mouly and Spiegelman said they received over 1,000 submissions for Resist! Volume 2, which allowed them to produce “a 96-page comic-book crammed with as much work as we could make fit.” As the book prepares to go to print, comic retailers, individuals, and volunteer distributors can submit pre-orders now!

Comic retailers can order Resist! from Diamond Comic Distributors in bundles of 50 for only $27 using order code APR178157. Volunteers wishing to hand out free copies at events can also order a bundle of 50 for $35 (with free shipping) on the Resist! website. Finally, individuals who simply must have Volume 2 but can’t find one locally may order a single copy for $20, which also gets them a Resist! tote bag as modeled by Mouly and Spiegelman here.

The chosen theme for Resist! Volume 2 is “Grab Back!” A sneak preview of comics in this issue is available here. To find local distribution points as the July 4 release approaches, keep an eye on the website or sign up for the Resist! newsletter at the bottom of the page.