At the San Diego Central Library
CBLDF: Equipping Teachers to Defend Comics • 11:00 a.m – 12:00 p.m. • Shiley Special Events While comics have long been the domain of superheroes, a new generation of comics and comic book readers are arising. From creating nonfiction graphic novels about history, science, memoirs, and more, graphic novels are being read by all types of readers in and out of classrooms. But teachers still navigate resistance to the format. Join Nathan Hale (Nathan Hale’s Hazardous Adventures), Thi Bui (The Best We Could Do), Matthew Holm (Babymouse, Squish), Dr. Meryl Jaffe, Talia Hurwich, and moderator Betsy Gomez (Editorial Director, CBLDF) as we discuss obstacles and challenges teachers continue face in selecting, using, and defending the use of comics in their classrooms.

CBLDF: Comics Change the World — The History of Activism in Comics • 12:00 – 1:00 p.m. • Room 11 From the medium’s earliest days, activists have taken to the comics form to communicate their messages to the world. CBLDF Deputy Director Alex Cox and Matthew Rosenberg bring you on an image-filled march through more than a century of comics activism, revealing the history of how comics can change the world!

CBLDF: Retailer Rights Presentation • 1:00 – 2:00 p.m. • Room 11 Comic book stores are at the frontlines when it comes to censorship, and CBLDF is here to help! Learn what you need to know to protect yourself, your co-workers, and your community when dealing with common censorship scenarios, from police visits to community complaints. This presentation is designed for comic store staff and owners alike! Join CBLDF Executive Director Charles Brownstein to learn more about how you can protect your rights! 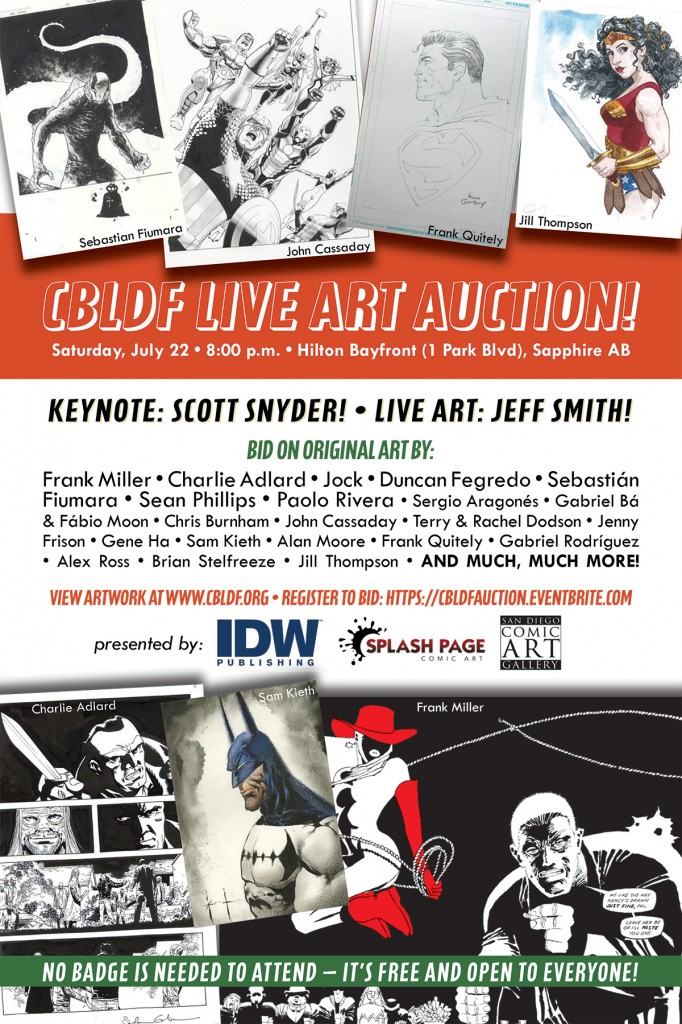 REMOTE BIDDING HAS CLOSED
If you are unavailable for the live auction, but still interested in bidding, please send a list of the pieces you are interested in with the HIGHEST donation you would be willing to bid. If the high bid on the auction floor is below your highest bid, your final bid will be 10% higher than the last highest bid on the floor.

ITEM LIST As of 7/21
(Please note: More items will be added as they arrive. This list does not reflect order of items in the auction. Some items to be finalized) 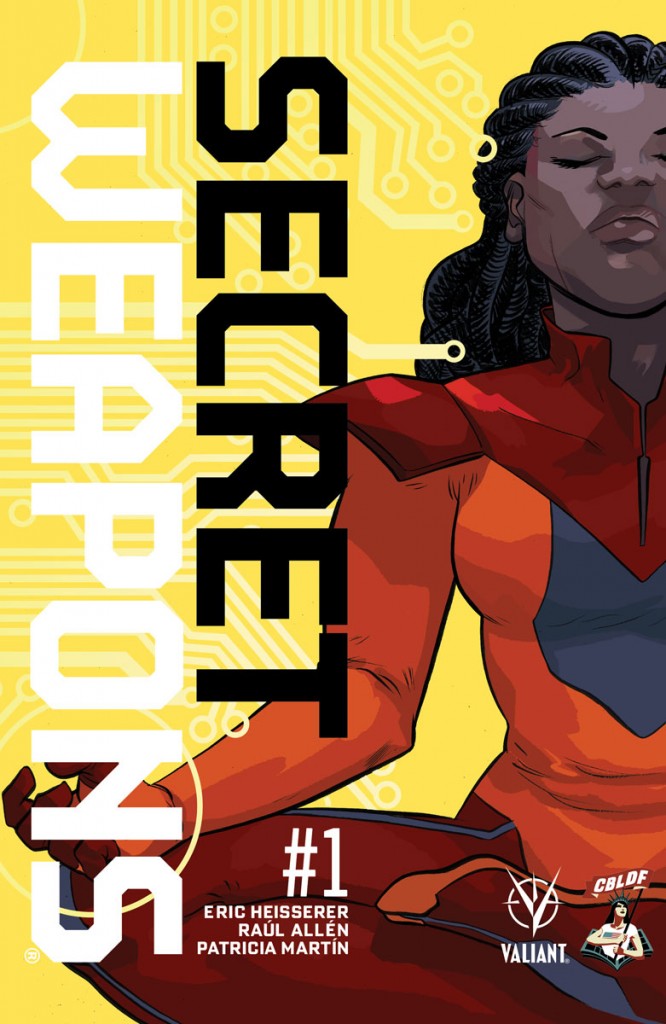 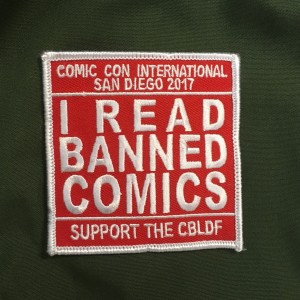 CBLDF has created a number of limited availability exclusives for our donors attending Comic Con International in San Diego! Available in booth #1918 throughout the weekend, these items are brand new and several have been created especially for SDCC 2017! First up, we have the “I READ BANNED COMICS” embroidered patch, available in two styles: a square one commemorating SDCC 2017 and an undated circular version. 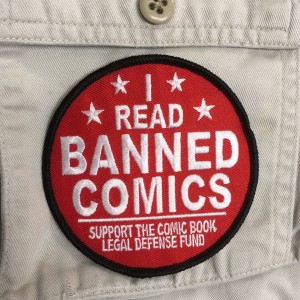 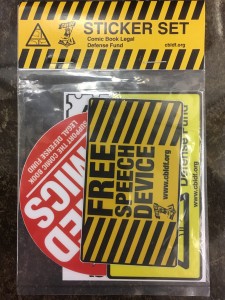 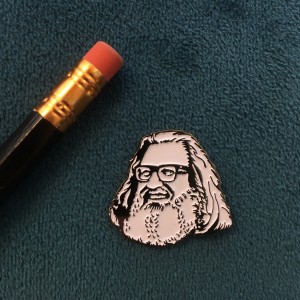 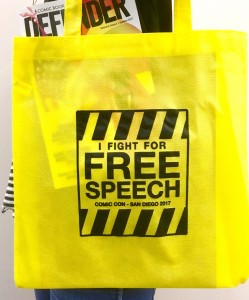