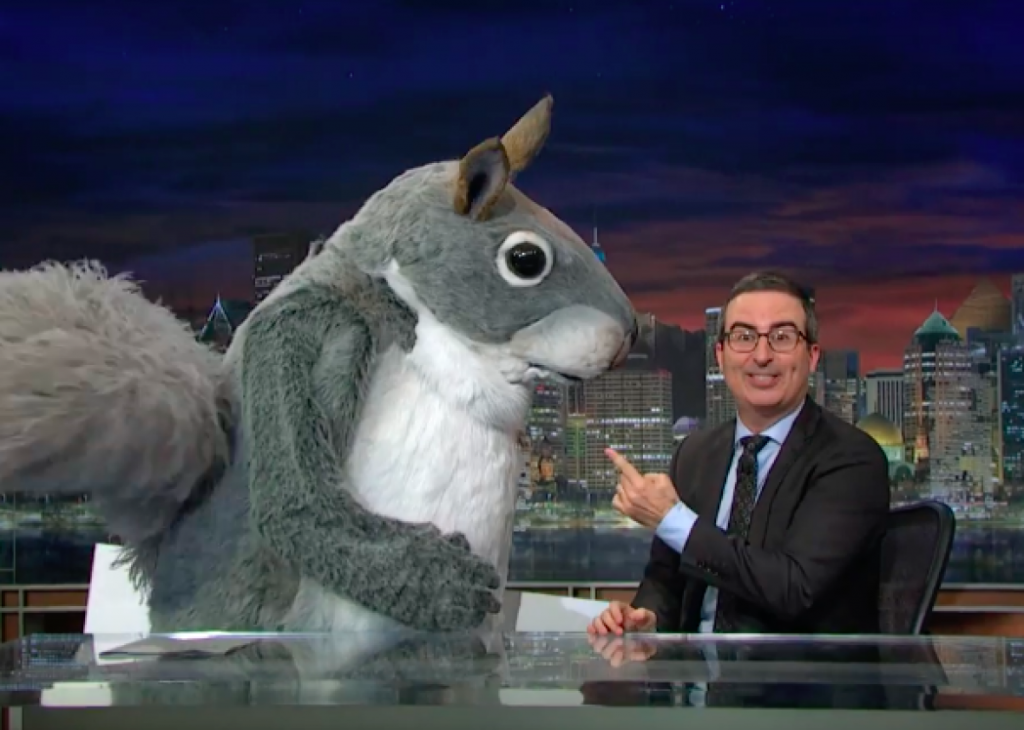 The American Civil Liberties Union of West Virginia came to the defense of John Oliver and Mr. Nutterbutter the giant squirrel yesterday, filing an amicus brief in a lawsuit against the comedian from notoriously litigious coal baron Bob Murray over a segment that aired on Last Week Tonight in June. While the brief exploits the comic aspects of the case to great effect, it also condemns Murray’s “frequent attempts to use our legal system to chill speech, threaten the fundamental right of the media to criticize public figures and speak candidly on matters of public concern.”

Originally, Murray Energy and its CEO were to get only a passing mention in the 24-minute segment delving into the question of whether the coal industry can actually be revived as President Donald Trump has often promised. But when Last Week Tonight staff contacted the company for comment and received the show’s first ever cease-and-desist letter in response, Murray suddenly became a much larger component of the bit, which ended with a person in a giant squirrel costume holding up a novelty check made out to “Eat shit, Bob!”

Within days, Murray filed suit against Oliver, HBO, and a passel of unidentified defendants that may include Mr. Nutterbutter himself. The lawsuit claims that the segment was “detrimental to both [Murray’s] business and his physical condition” and also seeks a gag order to prevent Oliver or his representatives from discussing the pending case. In the amicus brief filed yesterday, ACLU-WV’s general counsel Jamie Lynn Crofts cites ample precedent establishing Oliver’s right to discuss a matter of public concern, even if it implicates a specific person who does not like the discussion:

It is axiomatic that “the First Amendment to the United States Constitution placed limits on the application of the state law of defamation” and in particular on “the type of speech which may be the subject of state defamation actions.” Milkovich v. Lorain Journal, 497 U.S. 1, 14, 16 (1990). The Complaint itself makes it clear that Defendants’ speech was about matters of public concern, as it repeatedly alleges that Defendants’ broadcast this episode to advance their political agenda. “[S]peech concerning public affairs is more than self-expression; it is the essence of self-government.” Garrison v. Louisiana, 379 U.S. 64, 74-75 (1964).

Later in the 12-page brief, Crofts tackles the various constitutional violations that would be incurred by the requested gag order:

Bob Murray thinks John Oliver was mean to him, and he doesn’t want him to be mean again. While that is sad for Bob Murray, it is unconstitutional for a court to order such relief. With Plaintiffs’ request for a (1) prior restraint (2) that is a content-based restriction (3) on a matter of public concern (4) related to a public figure, they have really hit the protected speech jackpot! The requested injunction, “actually forbid[ding] speech activities,” is a classic example of a prior restraint. See Alexander v. United States, 509 U.S. 544, 550 (1993).

The case is being heard in a West Virginia district court–possibly, as Crofts notes in the brief, because Murray has worn out his welcome with courts in his home state of Ohio due to the number of frivolous lawsuits he’s filed there over the years. Check out the full brief here, as well as Crofts’ further commentary on the case in a post for the ACLU blog here.

← CBLDF is Back from SDCC with GNs Signed by Kevin Eastman, Stan Sakai, Walter Simonson, and more!
RETAILERS: Engage Your Community with the CBLDF Banned Books Week Handbook! FOCs 8/7! →