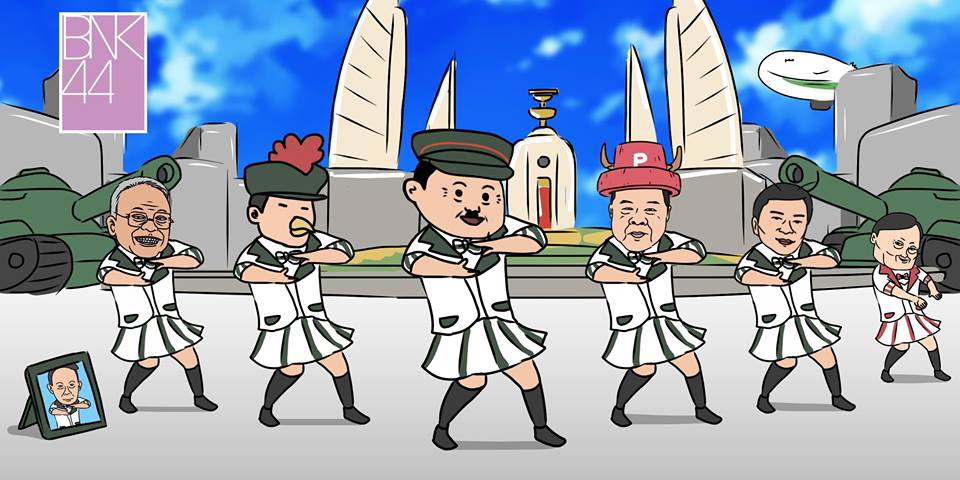 Thai political cartoon, Khai Meaw, disappeared from Facebook on January 18, 2018, without attribution or explanation. The popular cartoon never employed speech or thought bubbles but was clearly critical of the military junta. The Deputy Prime Minister of Thailand claimed no knowledge of government involvement in the disappearance, but did remark that Thai law gives authorities the right to take down illegal content.

The cartoon, which literally translates to Cat Balls, launched in April of 2016 and had amassed more than 450,000 followers in the nearly two years that followed before its sudden removal. It was also voted the second most popular fan page its inaugural year by an online poll on the Prachatai news site, and went on to win the same poll in 2017.

The junta that has ruled Thailand since their coup in 2014, is known as the National Council for Peace and Order (NCPO). On May 20 of that year, the military declared martial law under the pretense of Thailand’s political crisis and forced out the democratically elected government. Brad Adams, Asia Director at Human Rights Watch has said,

Military rule has sent human rights in Thailand into a free fall, with no sign that the promised democratic transition will happen anytime soon. The junta is using draconian martial law powers to prosecute dissenters, ban political activity, and censor the media.

The last comic on Khai Meaw’s Facebook page showed a reoccurring fugitive character, Somsak Jeamteerasakul, leaving for France. This has been interpreted by some fans as the artist’s symbolic announcement to leave the political cartoon strip behind. Then again, his flight could be foreshadowing of what was to come from outside forces.