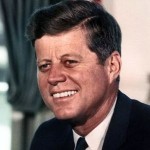 “Don’t join the book burners. Don’t think you’re going to conceal faults by concealing evidence that they ever existed. Don’t be afraid to go in your library and read every book…”

“Our liberty depends on the freedom of the press, and that cannot be limited without being lost.”

“Books can not be killed by fire. People die, but books never die. No man and no force can abolish memory… In this war, we know, books are weapons. And it is a part of your dedication always to make them weapons for man’s freedom.”

“For if Men are to be precluded from offering their Sentiments on a matter, which may involve the most serious and alarming consequences, that can invite the consideration of Mankind, reason is of no use to us; the freedom of Speech may be taken away, and, dumb and silent we may be led, like sheep, to the Slaughter.” 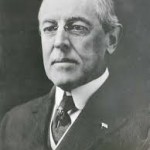 “I can imagine no greater disservice to the country than to establish a system of censorship that would deny to the people of a free republic like our own their indisputable right to criticise their own public officials. While exercising the great powers of the office I hold, I would regret in a crisis like the one through which we are now passing to lose the benefit of patriotic and intelligent criticism.”

When people talk of the freedom of writing, speaking, or thinking, I cannot choose but laugh. No such thing ever existed. No such thing now exists; but I hope it will exist. But it must be hundreds of years after you and I shall write and speak no more.

“The strongest weapon against hateful speech is not repression; it is more speech.”

“Once a government is committed to the principle of silencing the voice of opposition, it has only one way to go, and that is down the path of increasingly repressive measures, until it becomes a source of terror to all its citizens and creates a country where everyone lives in fear.” 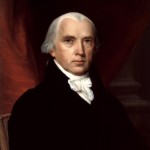 “A popular Government without popular information, or the means of acquiring it, is but a Prologue to a Farce or a Tragedy, or perhaps both. Knowledge will forever govern ignorance: And a people who mean to be their own Governors, must arm themselves with the power which knowledge gives.”

4th President of the United States &  Author of the First Amendment