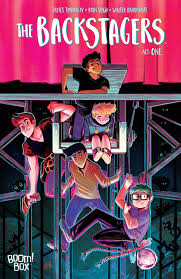 The Young Adult Library Services Association’s latest annual list of Great Graphic Novels is out! Books are nominated for inclusion on the list by members of YALSA, a division of the American Library Association, and then voted on by a committee made up of school and public librarians from across the United States. The books on the list are judged to exemplify “both good quality literature and appealing reading for teens.” From the long list of 113 titles, committee members also selected their top ten “titles that exemplify the quality and range of graphic novels appropriate for teen audiences.” And here’s the top ten list:

Jory, a new student at an all-boys school, feels left out of school life until he stumbles upon the backstage crew of the drama club and the mysterious tunnels they keep watch over.

Abraham Slam, Golden Gail, Colonel Weird, Madame Dragonfly, and Barbalien are trapped! In their old lives they were superheroes, but because of a strange occurrence in their multiverse they are thrust into life in a rural town from which they cannot escape.

I Am Alfonso Jones by Tony Medina and Stacey Robinson

Fifteen year old Alfonso Jones is shot by the police while shopping for a suit, and his loved ones and classmates are left behind to address his death and the larger issue of police brutality. 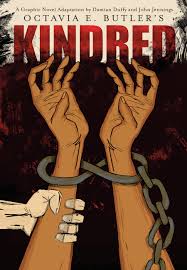 Jonesy’s superpower is that she can make anyone fall in love with anything…except herself!

It’s 1976 and Dana is trying to settle down to a comfortable life with her husband when she finds herself unexpectedly ripped from the present and sent hurtling to the slavery-era past. Here, she is tasked with saving the life of her ancestor, lest she risk never being born.

Lighter than My Shadow by Katie Green

The author’s personal account of the eating disorders she developed in an attempt to manage the black scribbles of her inner thoughts. Green candidly recounts both her steps and missteps along her path to recovery.

After the passing of Ryoji, his twin brother, Yaichi, and 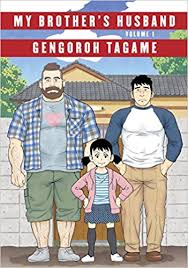 his now widowed husband, Mike, come together to learn more about the loved one they have both lost.

Priyanka discovers in her mother’s belongings a magical pashmina that leads her on a journey to India, where she seeks to understand secrets of her family and to claim her own personal identity.

An event destroyed the small city of Poughkeepsie three years ago, forever changing reality within its borders. When an eccentric collector makes a million-dollar offer, Addison breaks her own hard-learned rules of survival and ventures farther into the Spillzone than she has ever dared.