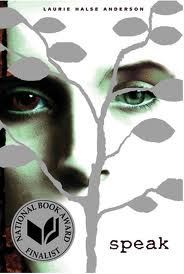 Linden Board of Education has developed policy changes to address parents’ concerns that the teaching materials being used were inappropriate. Six months ago, parents complained because they were unaware that R-rated movies were shown in classrooms and reading assignments contained graphic material. Superintendent Russ Ciesielski said that the school had not been following their own policy and correcting that was the first step toward fixing the larger problem.

One parent, Sheila Kern said, “we have numerous materials with themes of rape, molestation, promiscuous sex. It’s not isolated. It’s again and again. It’s not fair for parents to have their kids singled out again and again just because the nature of the material is inconsistent with values at home.” The singling out she referred to is the “opt-out policy” which allows any student to choose another book if they have a problem with the assigned text. English teacher Bethany George said in the last 18 years, only ten of her students have utilized the opt-out policy.

One book George teaches is the award-winning Speak by Laurie Halse Anderson, which deals with trauma following the rape of a high school student. Speak is frequently challenged as inappropriate by parents in school curriculums, despite its critical acclaim and the consensus it opens up dialogues on peer-pressure, school cliques, and sexual assault. “We had a student speak last week about how that has helped her,” George said. In fact, Rape Abuse and Incest National Network (RAINN) has done fundraising campaigns with Anderson, citing
“teenage and adult survivors regularly tell RAINN that Speak is as important to their recovery as it is relatable to their experience.”

Other books that were name-checked include A Clockwork Orange and A Brave New World. The parent criticizing these choices claimed, “it’s not the teacher’s main job to tell students about the world and what to expect.” Dan Schneider, the literature teacher whose course includes those titles, explained they are part of a larger group project, of which they are only two of the options available to read. If students choose to read either of those books, a permission slip is sent home for the parents to provide consent.

George explained she provides a packet at the beginning of each course detailing the readings for the semester. There is a similar packet sent home about the summer reading, and alternative options are consistently offered for the students that choose to opt-out of any book.

The Superintendent addressed issues brought up by the concerned parents, the first on which being that they didn’t feel properly informed of the course material. Moving forward, Linden High School will post all the course material, including movies that will be shown, on the website. Also, from now on, the syllabus for each class will require a parent’s signature.