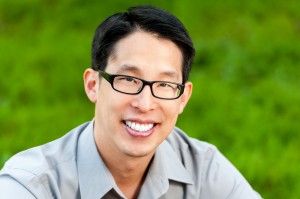 Portland, OR (June 21, 2018) – The Comic Book Legal Defense Fund, a non-profit organization dedicated to protecting First Amendment rights, is proud to welcome Gene Luen Yang to its Board of Directors. A celebrated cartoonist and teacher, Yang served as the fifth National Ambassador For Young People’s Literature, where he launched the Reading Without Walls challenge. His graphic novels include American Born Chinese and Boxers and Saints, which have earned prestigious national honors including the ALA’s Printz Award, the Los Angeles Times Book Prize, the Eisner Award, two National Book Award nominations, and recognition as a Macarthur Fellow. In addition to his cartooning work, Yang writes comics for other artists, including the series Secret Coders, and franchises Avatar: The Last Airbender, Superman, and New Super-Man. He is also an accomplished teacher of creative writing in Hamline University’s MFA in Writing for Children and Young Adults. Despite a dedication to encouraging cultural understanding in his creative work, Yang’s books are also frequent targets of censorship.

“I’m so excited to be joining the board of the Comic Book Legal Defense Fund,” Gene Yang says. “Like many people, I’ve found it more and more difficult to wrap my head around issues of free speech because of recent news events. However, I still believe that, to borrow a phrase from poet Liu Xiaobo, free expression is the mother of truth. The CBLDF has been at the forefront of these issues for many years now, which makes our work more important than ever. ”

CBLDF President Larry Marder says, ” Gene is an irresistible creative dynamo. His entire body of work is about the challenges of human conflict and how people resolve them in order to live with each other. The CBLDF’s First Amendment mission and educational outreach programs will greatly benefit from his thoughtful, inclusive approach to problem solving.”

For more than thirty years, Comic Book Legal Defense Fund has protected the First Amendment rights of comics field and developed powerful education efforts in the service of the community. CBLDF has defended a wide range of cases in 2018, most recently a challenge to the graphic novel Fun Home in New Jersey. The organization also produced important resources, notably Be Heard!, a comic book for students to help them understand their protest rights. To learn more about the CBLDF, please visit www.cbldf.org.
www.cbldf.org.

About Gene Luen Yang
Gene Luen Yang writes, and sometimes draws, comic books and graphic novels. As the Library of Congress’ fifth National Ambassador for Young People’s Literature, he advocates for the importance of reading, especially reading diversely. American Born Chinese, his first graphic novel from First Second Books, was a National Book Award finalist, as well as the winner of the Printz Award and an Eisner Award. His two-volume graphic novel Boxers & Saints won the L.A. Times Book Prize and was a National Book Award Finalist. His other works include Secret Coders (with Mike Holmes), The Shadow Hero (with Sonny Liew), New Super-Man from DC Comics (with various artists), and the Avatar: The Last Airbender series from Dark Horse Comics (with Gurihiru). In 2016, he was named a MacArthur Foundation Fellow. For more, visit www.geneyang.com.