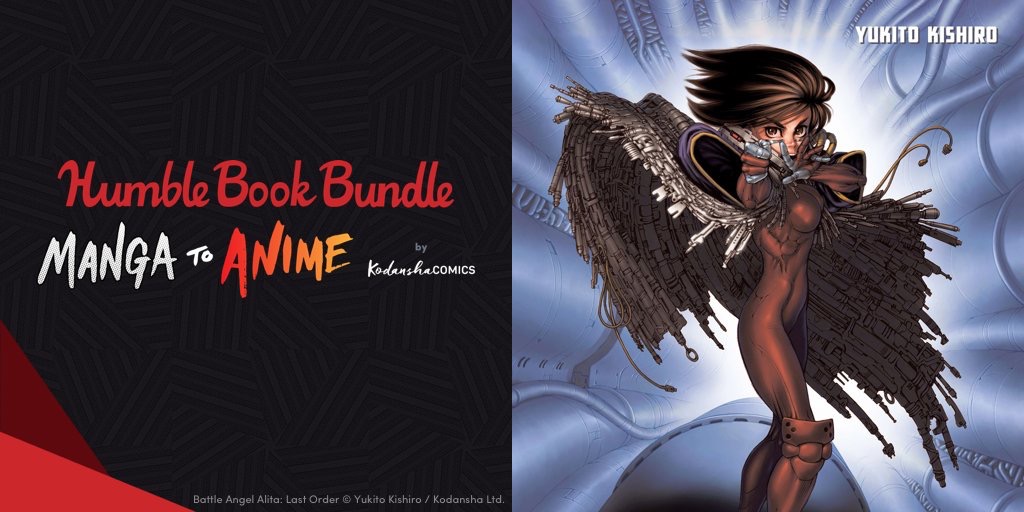 This is the LAST DAY to support Comic Book Legal Defense Fund and take advantage of the epic Kodansha Comics manga Humble Bundle. 80 digital volumes of legendary science-fiction and fantasy manga that inspired some of the biggest hits in anime! Buyers pay what they want for manga hits that went on to become anime and live-action legends, including The Ghost in the Shell and Battle Angel Alita.

On top of getting $800+ groundbreaking manga, supporters get a one month subscription to HIDIVE, a popular new anime streaming service built fans needs in mind. HIDIVE offers a curated catalog of some of the most iconic anime and live action titles of the past and present. Featuring one of the industry’s best players, customizable subtitles, in-episode live-chat, pinned searches, and more fans can watch, discover, and share their favorite shows. CBLDF can try HIDIVE for just $1! Try it now!

This bundle contains more than $800 worth of complete digital manga series that have gone on to be adapted into hit anime or live-action movies, including The Ghost in the Shell, Battle Angel Alita, The Seven Deadly Sins, Ajin: Demi-Human, and Inuyashiki. But rather than getting a discount on this epic collection, readers can pay what they want, starting at $1!

Get Your Bundle Now 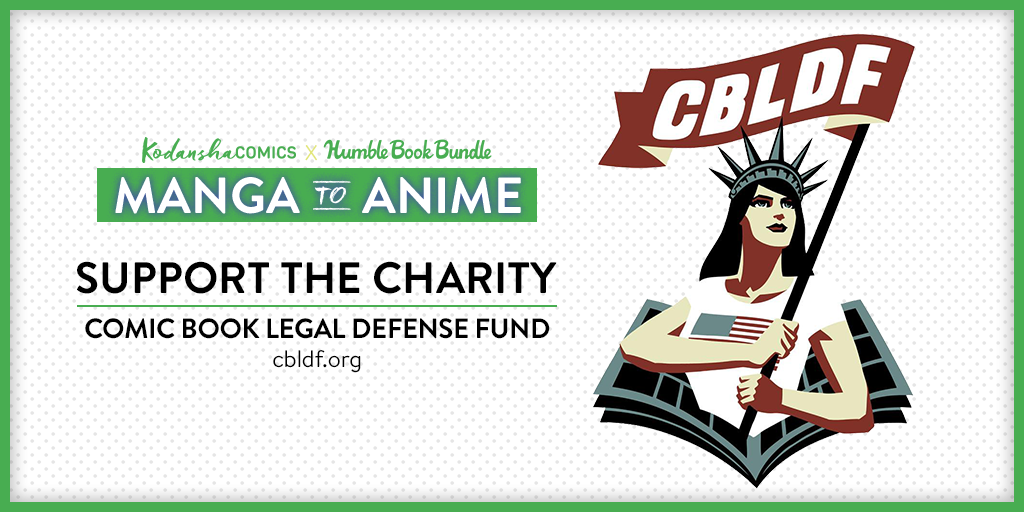 Do Good, Get Manga

Bundle buyers choose where their money goes among Kodansha Comics, Comic Book Legal Defense Fund, and, if they like, another charity of their choice via the PayPal Giving Fund. If they like what Humble Bundle does, they can leave a Humble Tip too.

The manga comes in multiple formats including CBZ, PDF, and ePub, so they can be read on computer, e-readers, iPads, cell phones, and a wide array of mobile devices.

← Fight for Free Expression with Inuyashiki, an Unlikely Superhero
Arts in the City Visits The Art of MARCH: A Civil Rights Masterpiece →