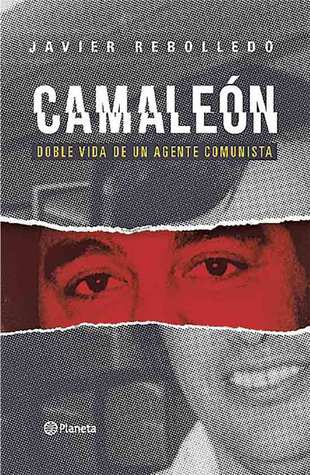 The first hearing for a Chilean journalist charged with defamation is scheduled for this week, and the results could have a chilling effect on freedom of the press in the country. Javier Ignacio Rebolledo Escobar, faces three years in prison for defamation charges after the publication of his book Camalèon: Double Life of a Communist Agent (Camalèon: Doble Vida de un Agente Comunista) a year ago.

The book is about the life of Mariano Jara, a man who disguised himself as part of the Chilean right while housing 80 tons of weapons for the Communist Party, weapons which were used in a nearly fatal attack against dictator Augusto Pinochet, who led Chile from 1973 – 1990. But the defamation lawsuit has little to do with Jara, but comes from the family of an intelligence officer Jara sought out when he was creating his own character.

Raúl Quintana Salazar, who is currently serving a twenty year sentence in prison, worked for what at the time was called National Intelligence Directorate. Jara’s mention of Salazar was not the first time the journalist Rebolledo had come across the intelligence officer. For over a decade Rebolledo has written about human rights violation in Chile, and he previously penned a book detailing stories of those that survived torture under the Pinochet. It was in the research for that book that the journalist became extremely familiar with testimony regarding torture, and came across a witness’s report of seeing Salazar torture a woman. In Camalèon, Rebolledo writes of Jara recounting a story of Salazar sexually assualting and torturing a female prisoner, and Salazar’s family is claiming defamation for the retelling of the incident in their suit against Rebolledo.

The original complaint was dated April 30th, but the court decided on May 8th that the text did not constitute defamation, known in Chile as “injuria”. According to the original judge, since Rebolledo explained that the torture was from a witness statement, and not described as first hand information – injuria wasn’t committed.

However the family of Salazar appealed the decision. And the appeals court disagreed that the text didn’t display defamation. Rebolledo Escobar said this is regards to the judicial process,

“All citizens have the right to take legal action, including him. And it’s something that I respect in my judicial system because it’s part of the Republic in which I live,” Rebolledo assured the Knight Center. “But I find it unacceptable that the court of origin […] received it and dismissed it in all its parts. It is a long judicial decision that declared the complaint inadmissible. It said this is not injuria, not even potentially. However, […] the appeals court surprisingly pointed out that it differed from the court of origin and said the complaint was admissible. And that is what has me facing the possibility of prison.”

According to one article, the Salazar family doesn’t deny that the witness statement exists, they just claim that it “damages the honor” Salazar and his family.

The problem with the charge in Chile is the fact that injuria is handled through the criminal courts as well as the civil system. Paul Olivares, one of the Rebolledo’s lawyers, explained to the Knight Center, that injuria is classified as a “private criminal proceedings”, sort of a hybrid between a civil case and a criminal one. There is supposed to be the opportunity during the hearing for the two party to come to an accepted agreement, but if that doesn’t occur, there could be a criminal trial.

Olivares says, “There is a potential attack against the freedom of expression because [the case] ends up intimidating not only the one who allegedly carried out the injuria, but the people in general or journalists in general.”

The Committee to Protect Journalists released a statement urging Chilean authorities to drop the criminal proceedings and abolish the criminal defamation laws. Natalie Southwick, the CPJ Program Coordinator for Central and South American said, “We urge Chilean authorities to immediately drop all criminal defamation charges against Javier Rebolledo. It’s absurd that Chile’s defamation laws allow for a journalist to be imprisoned for describing crimes that have led to a conviction.”

Rebolledo is optimistic that his case will help Chile reexamine laws that intimidate the press, and expose the injustices in the criminal treatment of journalists. He eloquently sums up the stakes of his own case with a clarity and distance most could not muster in the face of a possible prison sentence.