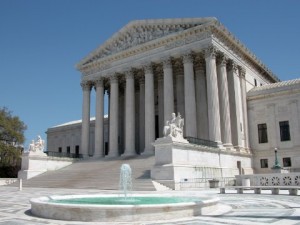 On Monday, January 7th the Supreme Court rejected a First Amendment dispute over the Florida Department of Corrections statewide ban of Prison Legal News (PLN), a magazine distributed monthly by Human Rights Defense Center. The ban has been in place since 2009, and the potential Supreme Court appeal of it had generated support in the form of amicus briefs from an unprecedented number and political range of groups interested in restoring the First Amendment rights of inmates in Florida. At a time when the routine censorship taking place in prisons is regularly front page news, this refusal to examine the appeal is a blow to the First Amendment rights of 2.3 million Americans currently incarcerated.

Back in October of 2018, eight amicus briefs were filed in support of PLN from over 100 diverse amici, or friends of the court. The first brief was filed by a number of religious organizations, including but not limited to Freedom Through Christ Prison Ministry, Muslim Urban Professionals, National Council of Jewish Women, Sikh Coalition, and National Religious Campaign Against Torture, to name a few. The groups were concerned that Florida’s Department of Corrections (FDOC) ban on PLN set a dangerous precedent for censoring religious literature in the future. The brief also argued that religious minorities already “bear the brunt” of regulations already impeding access to religious texts and “biases towards certain faiths and practices.”

A group of conservative organizations, including Americans for Prosperity, a political advocacy group founded by Koch Industries, filed another one of the eight briefs. Often conservatives are painted as opponents to cases fighting for inmates rights, but according to PLN, the brief pointed out “By helping its subscribers ‘confront injustice and focus on problem-solving,’ Prison Legal News ‘assist[s] in forging a sense of community around the law, learning, and social action. As a periodical designed specifically to provide legal information to prisoners, Prison Legal News is essential to fostering a sense of procedural justice and engendering positive views of the legal system and society.’ The Eleventh Circuit, they added, “by focusing so intently on Florida’s assertion of a need for ‘prison security,’ lost sight of this legitimate penological objective.”

Another amicus brief was filed by free press organizations like National Coalition Against Censorship, Press Freedom Defense Fund, The Marshall Project and 15 other groups committed to the First Amendment. Their brief argued that the precedent the appellate court set by allowing the ban negatively affected a wide range of materials nationwide. “The vagueness of the challenged rule permits prison officials to impound any of these publications for putative noncompliance with the rule even if the actual basis for impoundment is officials’ disagreement with editorial content.”

Unsurprisingly a group of prison book programs also submitted an amicus brief to support PLN. Organizations like NYC Book Through Bars, Book ‘em, Prison Literature Project, and more groups that all spend time and effort ensuring inmates receive not just books, but also reassurance from the outside world that there are good people in the world interested in helping them. According to PLN their brief presciently warned that “if the Supreme Court fails to take this case, it would be a giant step backwards in First Amendment jurisprudence.”
According to their brief,

With enough time and ingenuity, prison officials and their lawyers can usually imagine some way in which some aspect of a particular written work might conceivably have some marginal effect on prison order or security. Hyperbolic as these concerns may seem, amici have experienced firsthand just how aggressively prison officials will censor reading materials, including books. In fact, prisons across the country have censored an astonishing number and variety of books – fiction and nonfiction, classic and contemporary, educational books and books for entertainment, books that profile the prison system or criticize the justice system, and many, many more.

Other amicus briefs were filed on behalf of civil rights organizations like the Southern Poverty Law Center; 42 law professors from prestigious programs at Yale, University of Pennsylvania, Georgetown University, Chicago Law School, and more; advertisers from PLN who felt their First Amendment rights were violated by the ban; and former prison employees and officials who stated

Prison Legal News uniquely benefits prisoners and the prison environment. The magazine promotes respect for both the law and the rule of law, which are critical concepts in rehabilitating the men and women who find themselves in prison or jail.

Each year thousands of cert petitions, like PLN’s, are filed with the Supreme Court but only 100 – 150 are actually heard. No details were provided as to why the court rejected PLN’s cert petition, which is the standard operating procedure. If there’s any positive takeaway from this disappointment, its that over 100 amici from different religious groups, political affiliations, nonprofits, for-profit businesses, and academics all came together to say with one unified voice that they will stand up for the First Amendment rights of all citizens, especially those most vulnerable to censorship.

If you want to help on a local level, check out this list CBLDF compiled of prison book programs that accept gently-used graphic novels and books and ships them to inmates all over the country.

← Vandal Destroys PA Library Book Because of Bad Words
4 Years After “Je Suis Charlie” – Are We? →