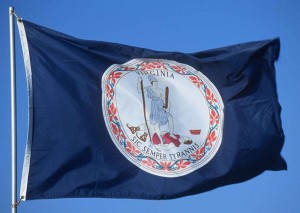 The Virginia legislature rejected HB 2382, a bill protecting the First Amendment rights of student journalists, on Monday after the House Education Subcommittee produced a tie vote. The bill was written to return K – 12 and public colleges and universities to the Tinker standard of free speech, eliminating the ability for administrators to censor journalists and yearbook staff based on optics or other whims.

HB 2382 is part of a nationwide movement of New Voices Legislation aimed at returning students First Amendment rights to the pre-Hazelwood level. Hazelwood was a Supreme Court decision over 30 years ago that opened up students to censorship from school administrators. Before Hazelwood, student’s First Amendment rights were protected by the court decision in Tinker v. Des Moines Independent School District. An excerpt from the Student Press Law Center explains the difference in court rulings,

The bill was sponsored by Del. Chris Hurst and co-sponsored by Del. Danica Roem, who was a professional journalist before being recently elected to Virginia’s State Legislature. The House Education Subcommittee heard testimony from students and teachers from all over the state, before voting on the bill. According to The Washington Post,

“As student journalists, we were perfectly positioned to report on these issues and separate fact from rumor,” Carson said. “Instead, The Lasso was censored when we attempted to cover the vandalism and policy abuse. We didn’t even attempt to cover the sexting scandal.”

Another testimony from a faculty advisor spoke about how the school paper was shut down and the advisor removed because they ran a story about the school’s renovation, which the administration obviously did not care for.

Support CBLDF in the fight for free expression at every age by becoming a member in 2019! Or check out the Reward Zone to make a one-time donation and snag some free speech gear to show off your favorite amendment!