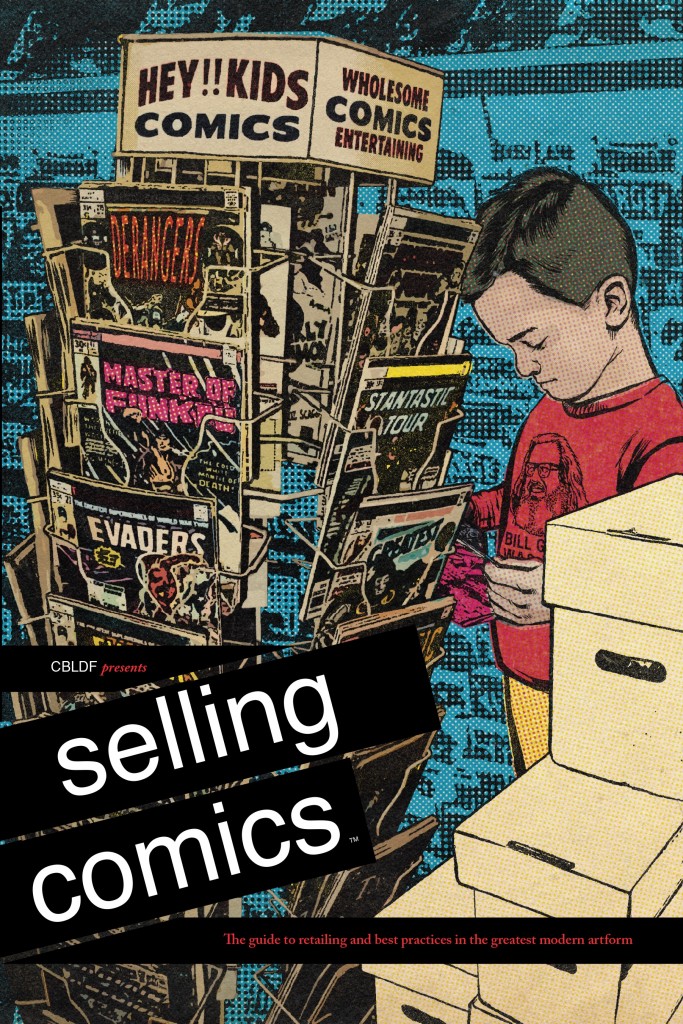 Edited by CBLDF Deputy Director Alex Cox (previously an award-winning comic shop owner himself), SELLING COMICS is a compilation of essays and “best practices” from some of the sharpest minds in the industry, covering topics as wide-ranging as general store layout, building your brand, and diversifying your product lines. SELLING COMICS will also include several chapters directly pertinent to the CBLDF’s mission, covering topics such as how handle a negative media attack and understanding your rights as a small business owner.

With a forward by beloved industry stalwart Bob Wayne (former SVP of Sales & Marketing, DC Comics), SELLING COMICS is intended to serve as a valuable field guide for new and veteran stores alike. All contributions are from current or former Comic Shop employees or owners, covering the spectrum of the current retail landscape.

Editor Alex Cox, speaking on the project, had this to say, “Since the beginning of the CBLDF, working with, and for, local comic shops has been an ongoing priority. Comic Shops are the frontline of the art form and often a customer’s first experience with comics. They are one of the most valuable resources we have as an industry, and helping facilitate a way for shops to learn from each other has been a tremendous privilege.”

SELLING COMICS will be available from Dark Horse Comics on September 4.