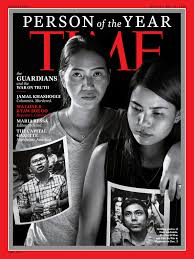 The Supreme Court of Myanmar has denied the appeal of Wa Lone and Kyaw Soe Oo, the Reuters journalists currently serving seven year sentences after a police set-up. The court’s decision comes on the heals of Lone and Soe Oo being awarded the Pulitzer Prize, as part of the entire Reuters staff, “for expertly exposing the military units and Buddhist villagers responsible for the systematic expulsion and murder of Rohingya Muslims from Myanmar, courageous coverage that landed its reporters in prison.”

Reuters Chief Counsel Gail Gove said in a statement Tuesday, “Wa Lone and Kyaw Soe Oo did not commit any crime, nor was there any proof that they did. Instead, they were victims of a police set-up to silence their truthful reporting. We will continue to do all we can to free them as soon as possible.”

The next step is to appeal directly to Myanmar’s President Win Myint seeking a pardon. In fact, the President already had the opportunity to pardon Lone and Soe Oo just a couple of weeks ago as part of the annual Burmese New Year traditions held in mid-April. Win Myint pardoned over 9,000 prisoners, but according to the Assistance Association for Political Prisoners, out of dozens of political prisoners being held in Myanmar, only 2 were released as part of the nine thousand.

Myanmanr’s own prison department replied to the critical media about these statistics, assuring them Myanmar has “no political prisoners.” Amnesty International’s regional director for East and Southeast Asia assured the public in a statement that Lone and Soe Oo are not “isolated cases” and there has been a “disturbing surge” in politically motivated arrests in Myanmar, despite what the prison department claims.

Senior Southeast Asia Representative from Committee to Protect Journalists, Shawn Crispin, released a statement after the appeal was rejected.

Myanmar authorities have committed a grave injustice to Wa Lone and Kyaw Soe Oo and their families, and criminalized independent journalism. They should both be free and able to continue their reporting, not sitting in jail cells. Their conviction and sentence will be an enduring stain on Myanmar’s reputation.

Lone and Soe Oo have been imprisoned since December of 2017 for supposedly breaking the Official Secrets Act When a police officer trust critical documents at them Right before their arrest. The two reporters maintained that they were being framed, and during the trial even the police officer who framed them unexpectedly testified that they had been set up. Still they were convicted. Lone and Soe Oo’s first appeal was denied for insufficient evidence by the defense.

When Lone and Oo were arrested, they had been investigating a massacre of Rohingya men and boys by Myanmar security forces. The staff of Reuters finished the story for them, publishing it in February of 2018. The release of that story not only to a Pulitzer and the cover of Time magazine, but it also led to led to seven soldiers being sentenced to prison for their involvement in the killings. Wa Lone and Kyaw Soe Oo are good journalists, who worked to uncover violence and corruption in their country. They should not be serving seven years for a crime the police has admitted was a set-up.