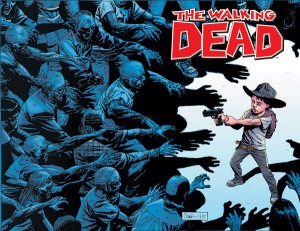 A junior/senior high school in Idaho has banned The Walking Dead, and removed all copies of the graphic novel series from their library, despite the convened committee’s recommendation to retain the graphic novels. This school district’s ban extends to asking students to not bring other copies of the comic on to school grounds and plans to change the access students have to InterLibrary Loan. CBLDF opposes this censorship and is monitoring the matter closely.

According to a local news report, the inciting incident occurred at the end of the school year, when a former teacher saw a student reading a copy of Robert Kirkman’s insanely popular comic, The Walking Dead, so ubiquitous a franchise it is often referred to as TWD. When the teacher investigated further and found a nice selection of the graphic novels in the school library, they went to Wallace Junior/Senior High School (WHS) Principal Chris Lund, who, commendably, consulted the school district’s own policies for challenged materials to determine the next steps in the situation.

Principal Lund put together a well-rounded committee with students, educators, and parents to read the books, and make a recommendation to the school board as to what should happen to the titles. This is a common aspect of many school district’s policies, with a diverse committee providing an approximation of the larger community, and therefore offering a hopefully unbiased recommendation for the challenged work. The committee voted 7 – 4 to keep The Walking Dead in the library.

However, according to local news, there was parental pushback to the vote, despite the fact that parents were represented on the committee. So Superintendent Dr. Bob Ranells, ignored the committee’s recommendation, removed the comics from the school library, and donated them to the local public library. But the school fears this isn’t enough censorship to fully remove the popular comic, as WHS participates in the InterLibrary Loan Network, meaning any student could simply request the comics be sent to WHS and loaned to them through the library they were just banned from.

Now Renells is discussing the possibility of limiting student’s access to library books based on a new system involving two different levels of library cards. One card would only allow students to borrow books from WHS, while the other would provide the previously guaranteed right to access available materials through InterLibrary Loan. How the cards would be distributed, and whose rights would be restricted was not offered, but likely it would fall to the parent’s permission to determine the larger access to reading and research materials they would want their child exposed to.

The Walking Dead‘s intense popularity is obviously not limited to comics, it has sparked two hit TV shows (as well as a TV show that just talks about the two hit TV shows), three TV movies are planned in the future, a motion comic was produced, and countless games and merchandise. Many see it as a spark in the zeitgeist that has fueled zombie and dystopian stories. And TWD is more than the depictions of ambling, rotting corpses that likely drew the ire from the teacher who made the complaint. The zombie trope offers the setting with which a diverse cast of characters, and their readers, can explore serious topics including survivalism, trauma, grief, loss, and the capacity for people to rebuild personal, social, and societal bonds when their status quo has been ripped away. The Walking Dead contains some violence and profanity, and very rare sexual situations, which serve to lend authenticity to its stories.

CBLDF is monitoring this matter closely. 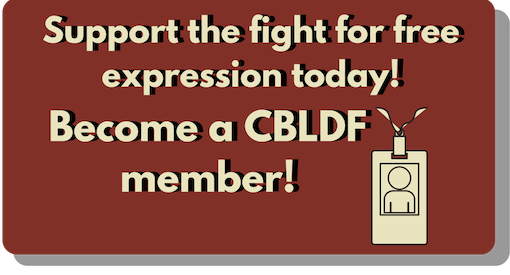 ← Parents! Raise a Reader This Summer!
CBLDF Stands Up for PRIDE in Ohio Libraries! →