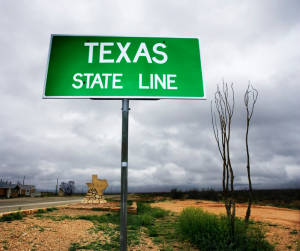 Last night’s city council meeting in Leander, Texas was a disappointment for many looking for the city council to rectify the previous prejudiced cancellation of transgender comics author Lilah Sturges. However, in new developments to the ongoing library policies saga,  the council voted 5-2 to prohibit members of the community from renting library rooms for events. They also voted 6-1 to make background checks mandatory for all “library presenters involved with programming for children 17 and younger.” Neither of the policies passed would have effected the Sturges’ planned Lumberjanes event.

CBLDF’s Executive Director, Charles Brownstein, commented on the news out of Leander to say,

While more information needs to be made available, the immediate information out of last night’s Leander city council meeting is stunning. They failed to do the right thing, which would have been reversing the discriminatory cancellation of Lilah Sturges’ event. It also appears they are creating new barriers to the community having access to library resources. We are deeply disappointed by this result.

Councilwoman Christine Sederquist, who’s been a vocal supporter Sturges and inclusive library policies, voted against prohibiting room rentals and the creating the background checks an official policy, though according to one news story,

Sederquist, who voted against the change, made a motion to implement the background checks but not a whole new policy. The motion did not pass.

“We’re always talking about how we have too many policies and we need to reduce the bureaucracy,” Sederquist said. “Let’s just let them have what they had before.”

Sederquist also commented that she thought it was unnecessary to restrict room rentals and that Leander doesn’t have any real space for meetings, aside from the library. According to local news, last year the room rentals were from groups like the Eagle Scouts, Daughters of the American Revolution, and Pathway Bible Church.

Stay tuned to CBLDF for more information as it becomes available.