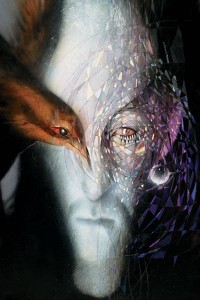 Last November, CBLDF marked the 30th Anniversary of Sandman Issue #1 by a look back at both the praise and censorship that the series has received. The series as a whole stands as one of the most lauded works in comics, but regularly fans overlook the merits of Preludes & Nocturnes, the first volume of issues. Revisiting the volume for the anniversary, it became clear that Preludes & Nocturnes is the perfect intro, not just to the landmark series, but to a different kind of comics reading experience – and it may also be the key to introducing students and comics readers to a whole new world of literature.

Before the first words were scratched on notebook paper, before the first sketches of Dream ever inked, the road to Sandman really began when Neil Gaiman met Karen Berger, at that time a DC Comics editor. Berger would go on to launch and run Vertigo, an imprint of DC, of which Gaiman’s Sandman was the shining jewel for many years. Throughout the many incarnations of Dream, throughout regular changes to the artists working on the issues, through a multitude of printings and countless awards, the two worked endlessly together to assure the standards of the series remained unbelievably high. While the comic is obviously Gaiman’s through and through, often laying the groundwork for themes he’d explore later in his career, it’s difficult to think of another comic book series where the editor is so iconically associated with the work.

Berger is quoted in The Sandman Companion talking about the series storytelling and space it occupied outside of the standard marketplace.

When Neil began Sandman everyone reading comics was primarily buying super-hero titles. Neil created the trappings of a super-hero comic, in terms of the structure, the uses of conflict, and the pacing – albeit with cooler clothes and, arguably, cooler concepts. So he got existing comics readers into a territory they were familiar with, but which was in key ways a very different territory; and then he slowly moved them further and further out to the range of the unfamiliar. Timing is important; and Neil is very, very good with timing.

It’s that transition from superhero comic to something more, that makes Preludes & Nocturnes an important addition to any library or classroom. Especially today, in a culture overrun with superheroes, taking readers and expanding their interests seems an especially worthwhile task. And a series that contains references on every page to religions, classic literature, mythology, history, and more, deserves to be utilized to continue to create generations of well-rounded comics readers.

Though the first issue was released on November 29th, 1989, the cover was dated for January, and the first eight issues ran each month through August. Those first eight issues were initially compiled in a trade paperback titled Preludes & Nocturnes and for many years, that was how generations of fans who missed the original single-issue run discovered the iconic series. With the subsequent additions of Absolute Editions, Annotated Editions, and the Omnibus Editions, it’s curious to wonder if the title Preludes and Nocturnes will still be closely associated with these early issues 30 years from now.

Technically the first story arc is titled “More Than Rubies” but since the first collected volume contains Issue #8, The Sound of Her Wings, they didn’t name the volume after the major story arc. This in itself speaks a lot about the journey a reader goes on with Preludes & Nocturnes. Much like a music lover discussing the superiority of albums to mp3s, controlling the flow of songs and the story arc an album contains, can be better than picking and choosing songs at random. In this same vein, encouraging readers to enjoy Issues #1 – 8 together, crafts a story cycle that ends on a strong upbeat note, had they stopped with #7 in the first volume it would be in some ways an entirely different book.

The art also perceptibly shifts through Preludes & Nocturnes, which compliments the shift in Gaiman’s story, though perhaps unintentionally. Sam Keith was the original penciller, leaving after #5 to do his own thing. Mike Dringenberg took over (he had been inking on those early issues), and the change in style really became noticeable in Issue #8, which introduced Death. If they had left out The Sound of Her Wings in Preludes & Nocturnes, ironically, if they had stopped short of Death, it would have ended on a darker note visually and narratively.

Teaching Merits
The themes in the first volume include the hero’s journey, personal responsibility, revenge, and picking up the pieces. There’s also confronting addiction, mental illness, imprisonment, and plenty of far more nuanced lessons in the pages. It’s recommended for high school and above because of the subject matter and violence, but these themes are as timely today, if not more so than they were in 1989. The way the issues build from a superhero comic into a vehicle with endless possibilities, while referencing art, literature, myth, and more makes it an invaluable resource for educators looking to shift interest from formulaic superhero tropes, into a wider range of stories and themes. It is also ideal for parents of teenagers who are reluctant readers, because doubtlessly once they’ve finished Preludes & Nocturnes they’ll insist on going out and getting Volume Two, The Doll’s House.

Get graphic novels signed by Neil Gaiman when you support CBLDF this holiday season! Check out our 2019 Gift Guide to find comics, art, and perfume all inspired by this master storyteller! 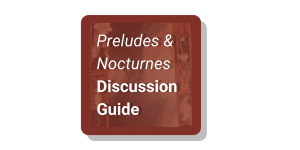 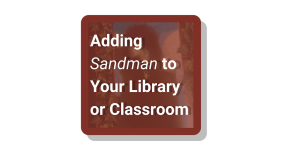 To learn more about Karen Berger, check out her profile from She Changed Comics.

Patricia Mastricolo is the Editorial Coordinator for Comic Book Legal Defense Fund. When not writing about the erosion of free expression, she crafts apocalypse poetry and trains her cats to sing Ashes to Ashes.

← Adding Kindred: A Graphic Novel to Your Library or Classroom Collection
Free Speech Supporters Fill The Beat’s 100 Best Comics of the Past Decade →