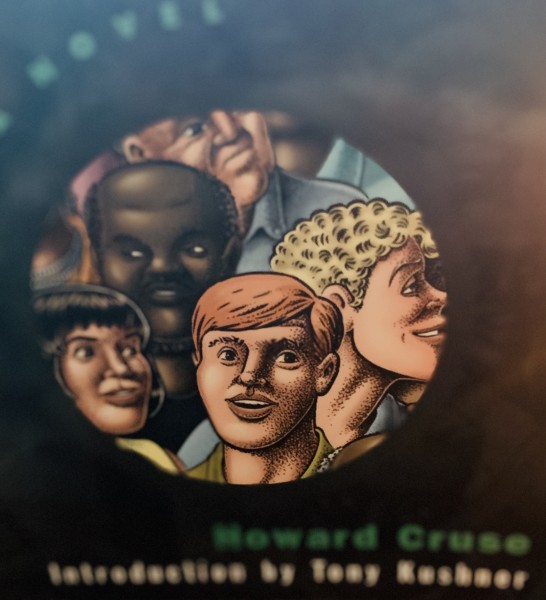 This year saw the loss of one of the greats in the comics community when Howard Cruse passed away from lymphoma in late November. Cruse, often referred to as the “godfather of Queer Comics,” never had the mainstream fame he deserved, but he was a cartoonist’s cartoonist and an icon in the comics and LGBTQ+ communities.

In the early years of Cruse’s career he had a regular strip called Barefootz, but didn’t feel “out” as a creator. A few years into the strip, he tested the waters with a strip where a character blows up about rampant homophobia. “Finally, when that didn’t destroy my career,” Cruse told The Beat, “I decided that I would accept Denis Kitchen‘s invitation to edit an underground comic book called Gay Comix. I thought, ‘Well, that’s a good way to come out professionally in a way that doesn’t seem like I’m confessing to some deep, dark secret.’”

Alison Bechdel told the New York Times that she bought the first issue of Gay Comix shortly after moving to Manhattan, “I had no career goals until I picked up that comic, and I knew at that moment what I was going to do with my life,” Ms. Bechdel said by phone. “He created a path for me and many other queer cartoonists.”

After the first few issues of a Gay Comix, Cruse was asked to do a regular comic for The Advocate, and he created Wendel, a strip about an eponymous gay man and his partner Ollie navigating the homophobic Regan era and the beginning of the AIDS Epidemic. As Wendel drew to a close after many successful years, Cruse went on to begin creating what many consider his masterpiece Stuck Rubber Baby based on his own upbringing in the Jim-Crow South. Nearly 25 year ago Stuck Rubber Baby was published and shortly thereafter in an interview Cruse said,

More than anything else, this is a book people can live with and revisit and find new subtleties in, find issues that are contemporary even though the story happened 30 years ago. It’s about issues I care a lot about: Is this country going to be a generous country or a mean-spirited country? This is very much on my mind these days.

It is scary how true that all is today. It’s that kind of universal truth that keeps Cruse relevant long past the date of publication, and why he’ll still be read and discussed in classrooms and cafes for decades to come.