It is undisputed that David Bowie was an avid reader. He published a list of his Top 100 books, he famously took traveling bookcases with him on tour and to movie sets, he credited books for inspiration in songwriting, and even posed for the American Library Association reading campaign poster in the 80s. It’s a safe bet Bowie also respected comics. In his Top 100 Books, he lists three comics anthologies, and the cover of the US pressing of The Man Who Sold The World was drawn by Underground British Comix artist Michael J. Weller. Bowie was also an visual artist in his own right, and knew the power of narrative through images. But Bowie never made a comic book, so what is the single issue Art Crime and why do fans hunt for it? 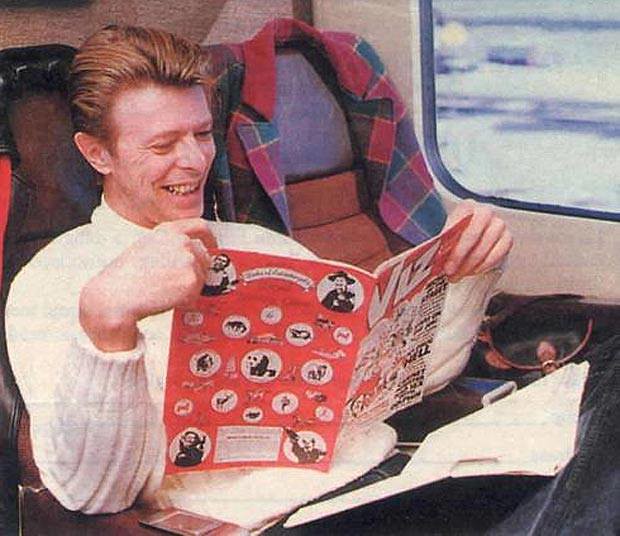 In the mid-90s Bowie reunited with Brian Zeno to create 1.Outside. They went into the studio armed only with Eno’s signature Oblique Strategies flashcards and the desire to create something new. What emerged is a concept album set in a dystopian world (similar to that of Diamond Dogs) that examines an intersection of death and art. Bowie wrote a short piece of fiction to capture some of it The diary of Nathan Adler or the art-ritual murder of Baby Grace Blue: A non-linear Gothic Drama Hyper-cycle which appears in the liner notes of the album. 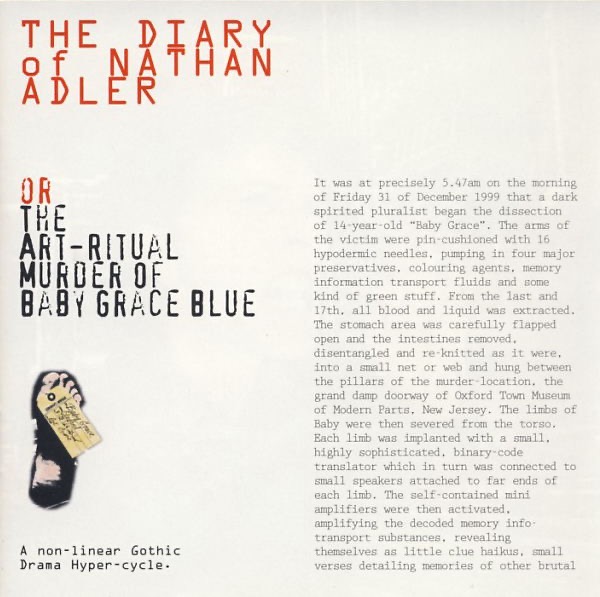 A cursory look around the internet will show fans have tried to capture the exact plot of 1. Outside. The story told through songs and snippets leaves a lot open to interpretation. Which some feared would make it inaccessible to fans when it was released. so one of the record executives in Mexico, Arturo López Gavito, commissioned a comic to clarify the story, which he hoped would give people an entrance point to this experimental narrative.
According Marcos Hassan who wrote about this for Remezcla,

[Gavito] contacted Mauricio Hammer, editor of the long-running Círculo Mixup magazine, and recruited him to produce the comic book. Hammer, for his part, assigned the execution to a young graphic designer called Victor “Pico” Covarrubias, who was entrusted with the task of illustrating the short story Bowie wrote in the liner notes of Outside. With help from fellow illustrator Jotabe, he penciled and inked the whole thing, with Mauricio printing the short run. The comic, titled Art Crime, was given to shoppers buying the CD. It is unknown how many copies were made, but judging by the amount of information available, we can assume it was an extremely limited pressing.

According to Hassan’s history, Bowie loved it and sent signed posters to the creators. From what can be seen of it, the style isn’t that far off from one Bowie employed at times in his own visual art – scratchy, dark, angular – but unfortunately the idea didn’t get picked up by record executives in other countries. So thus was born one of the most coveted rarities in the Bowie Fandom.

Patricia Mastricolo is the editorial coordinator for Comic Book Legal Defense Fund. When she isn’t writing about the erosion of free speech, she can be found staring at the night sky, praying DB will come back and save us all from this mess.