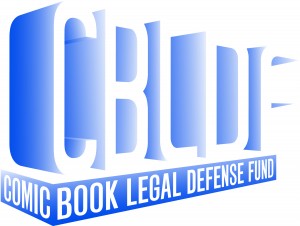 The Comic Book Legal Defense Fund applauds today’s Supreme Court decision to affirm the First Amendment rights of creators, readers and retailers by denying states the ability to create new restrictions on violent content in Brown v. EMA. In a 7-2 decision, the high court struck down a California law that would have banned the sale and rental of violent video games to minors and would have made violence a new category of unprotected speech.

The CBLDF was active in opposing the law and filed its own amicus brief, arguing that the California law was unconstitutional by citing a history of moral panics, most notably the anti-comics fervor that nearly dismantled the comics industry in the 1950s. The arguments presented in CBLDF’s brief were part of the discussion in oral arguments and cited in the Court’s majority decision.

CBLDF Executive Director Charles Brownstein says, “We’re extremely pleased that the Court’s decision preserves the First Amendment rights of the users and creators of video games, and that they resisted California’s desire to establish new categories of unprotected speech. We’re also gratified that our discussion of the comics industry’s painful experience with moral panic and legislative meddling helped inform the positive outcome we see this morning.”

CBLDF legal counsel Robert Corn-Revere of Davis Wright Tremaine wrote the brief.  He says, “The Supreme Court’s decision in Brown v. EMA applied well-established First Amendment principles to find the California law is unconstitutional.  In reaching his conclusion, Justice Scalia’s majority opinion noted the crusade against comics led by Dr. Fredric Wertham and observed that it was inconsistent with our constitutional traditions.  It traced the long history of censorship involving media the government claimed ‘corrupted youth — from movies to comic books — and held that such crusades cannot be reconciled with the First Amendment.”

Please visit www.cbldf.org for more news and analysis on this important decision, including analysis by Mr. Corn-Revere to be published later this afternoon.  Please support the CBLDF’s defense of free speech issues like this by making a donation today!