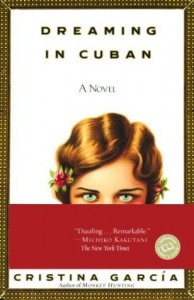 The Sierra Vista, Arizona, school district pulled copies of Dreaming in Cuban, the National Book Award finalist written by Cristina Garcia, from classrooms after a parent complained about sexual content in the book.

The book was removed from classrooms when parent Debbie Stoner pulled her son from his 10th grade English class after students were asked to read the book aloud, including a passage she found offensive. Former Sierra Vista elementary teacher Barbara Hansen called the book child pornography, a sentiment echoed by the conservative web blog The Daily Caller.

The critically-acclaimed book is listed on Arizona’s recommended core cirriculum list, and district superintendent Kriss Hagerl indicated that the district was not aware of the content of the book. Otherwise, they would have provided teachers with an alternative. Regardless, the book appears to have been removed due to a single passage that was taken out of context. In an article from the Associated Press, Garcia voiced her concerns over the situation:

Garcia told The Associated Press on Thursday that students shouldn’t be deprived of a broader, cultural experience.

“Many works, not just mine, are misinterpreted or misguidedly banned because of the limitations and short-sightedness of a few,” said Garcia, who added she would be willing to visit Sierra Vista, which is about 70 miles southeast of Tucson, and answer questions.

It’s evident that the school should have been more aware of the content of the book and had an alternative option available, but the removal of the book based on the complaint of one parent is drastic at best, unconstitutional at worst. The school administration has assured parents that they will take steps to make sure a similar incident doesn’t happen in the future, but at what cost to the freedom to read remains to be seen.