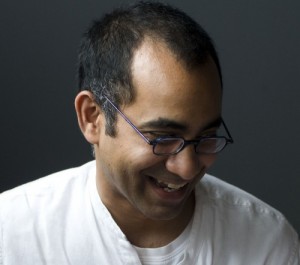 For several years, Toronto cartoonist Shahid Mahmood has been on the United States’ no-fly list for reasons unknown. Mahmood discovered his no-fly status when he attempted to board an Air Canada flight in 2004. Several years and an inquiry from the Canada Human Rights Tribunal later, he settled with the airline. However, he feels that the case has yet to be fully remedied.

Shahid has been familiar with censorship for a long time: His political cartoons continually enraged Benazir Bhutto during her tenures as Pakistan’s Prime Minister. According to his Huffington Post bio, “His cartoon exhibition, Enduring Operation Freedom, critical of President Bush’s War on Terror, was censored and shut down in 2002; he has received death threats from Islamic fundamentalists for his depiction of the Taliban as Koran-reading apes.”

Mahmood suspects that in the security crackdown post-9/11, he stood out as a potential danger because of his teen years in Pakistan and his cartoons mocking the U.S. administration. Some of these cartoons featured Uncle Sam birthing Osama bin Laden or former U.S. president George W. Bush reading an atlas upside down. Because of his status on the no-fly list, lawyers have warned him that his phone was likely tapped and that someone was going through his garbage.

Both the exhibit closure and flight ban exemplify how authorities both here and abroad may use indirect routes to silence and censor artists. Mahmood admitted that dealing with being put on the no-fly list it has made it “very difficult to affect systemic change.” In addition to dealing with the frustration of bureaucratic run-arounds while trying to remove himself from the list, he’s been unable to attend work meetings or vacation in the U.S. without fear of being detained. Whenever Mahmood travels internationally, he is consistently singled out for additional screenings.

While speaking to Shah, Mahmood emphasized what he’s learned about censorship and free speech:

“Freedom of expression is paramount. Unfortunately, in our world, no matter where you live, censorship stalks and at times assaults these freedoms. In developing countries, any attempts to raise an awareness of wrongdoing usually results in imprisonment or death. In the West, unless an individual has clear access to money and power, the system itself stonewalls any recourse. The Canadian government’s no-fly list is a serious infringement on the rights of Canadian travelers. What is the most important thing I’ve learned? You have to be persistent. The truth that lies within an article or a cartoon will eventually prevail.”

Artists around the world are facing oppression for challenging their administrations and leaders, making government protection a contradiction. Cartoonists persist in fighting for free expression against oppressive governments. Earlier this month, Singapore artist Leslie Chew had charges of sedition and racial insensitivity dropped. These charges were brought up because his cartoons were suspected of “agitating against the government and administration of justice.” In Malaysia, cartoonist Zunar appealed his arrest, a result of similar sedition charges that saw his office raided and books of his work seized. Egyptian cartoonist Doaa el Adl is fighting off a lawsuit for blasphemy, spurred on by her fans who support her work de-mystifying women’s issues for the public. Syria continues to harass, detain, and assault cartoonists speaking out against President Bashir al-Assad, most recently arresting Youssef Abdelke.

Throughout the years Mahmood spent in court fighting his inclusion on the no-fly list, no reason was given to explain why he was on the list. The idea that the U.S. government might be keeping Mahmood out of the country because of his satirical cartoons is certainly disturbing, especially in a country where free expression is highly valued.