Earlier this month, CBLDF reported on the ban of Matt Fraction and Chip Zdarsky’s Sex Criminals #2 from Apple’s ioS marketplace. On Wednesday, series artist Zdarsky announced via Twitter than issue #3 was similarly rejected based on undisclosed violations of Apple’s content guidelines. As well, Apple made the decision to retroactively remove issue #1, nearly two months after its original release date.

Fair enough. Apple needs to limit their liability for distributing potentially offensive materials in these depressingly litigious times and is free to create structure defining what content is acceptable in their marketplace. Except they don’t — not consistently, anyway.

Their inconsistent enforcement of policy becomes clear upon perusal of other content in the app store. While there’s no reason any of this content shouldn’t be available for interested users, it doesn’t make sense that these items are available for purchase when they seem to directly violate Apple’s terms. Why have Sex Criminals and other comics been subject to ban? 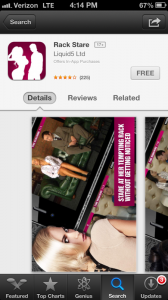 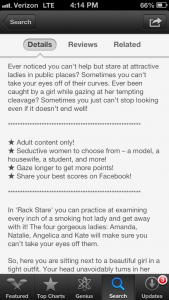 This lack of consistency creates an impression that Apple holds comic books to a different standard than other media. Comic readers can still purchase ioS-banned books in shops and through other digital avenues — they want these titles and will find a way to get them. But sadly, the restrictive climate Apple is building within the app store seems to disavow their comics consumers of having any voice in the culture they’ve created.